Two of the most popular and most used websites are being targeted by malware, as cyber criminals look to take advantage of consumers’ willingness to spend during the holiday shopping season, Black Friday. Facebook and iTunes users are being warned to be wary of bogus discount and credit offers as they are likely to be scams.

Apple iTunes users have also been warned about an email that is being sent, claiming to be from the company themselves which according to The Telegraph contains what’s disguised as $50 credit towards buying videos, games and music from the site. In fact it contains a compressed file known as Mal/BredoZp-B that when downloaded would allow hackers access to Windows PC computers by opening a security hole from which information such as passwords can be stolen remotely.

Facebook users have been targeted many times in the past with various scams. The latest attempt is being warned by security firm Sophos who says that some users have again received emails claiming to be from the website. The email says they have violated the terms of their account by annoying or insulting others users, before linking them to an ‘account disabled’ form, which of course is fake, asking for personal details to be entered in order to restore their account.

In the case of the iTunes hack, malware of this sort can reportedly be removed although in the meantime irreversible damage can be done. As for the Facebook scam, users are being reminded by Sophos that reputable sites like this would never ask for information of that kind. The number of cyber-attacks seems to be on the rise so we advise caution when receiving offers and emails of this kina and remember if something looks too good to be true, it often is.

Have you received any such emails? 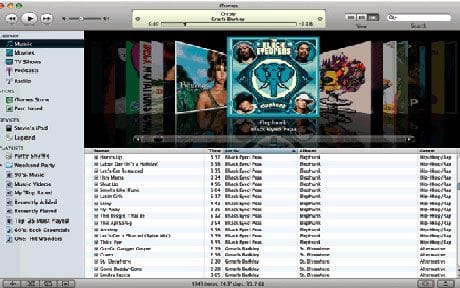