We have some surprising news to bring you now. The hacking group known as ‘LizardSquad’ are known on social media circles as the group which has frequently targeted Sony and Microsoft by attempting to bring down the PlayStation Network and Xbox Live.

However, for some reason it appears that they are now targeting Malaysia Airlines. At the time of writing, the Malaysia Airlines website is down and the official MAS twitter account has confirmed that there is problems at the moment.

When you try to visit the website now, you’ll similar get the standard error stating that the website is unavailable. However, a BBC article published recently reveals that at the precise moment the website was attacked – the site design was altered and changed to a logo showing that LizardSquad was responsible, along with the message “404 Plane not found”. 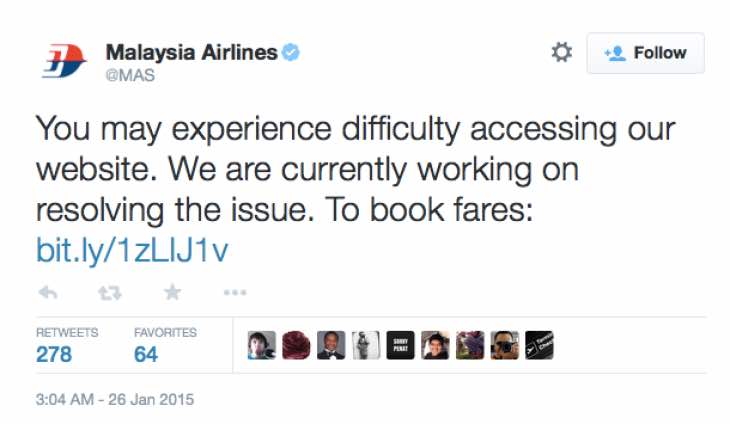 Obviously everyone is wondering what the motive is at the moment and why LizardSquad would be going after an airline which has had so much bad news over the last year.

What are your thoughts on this? How can LizardSquad go from hacking PSN and Xbox Live, to bringing down the Malaysia Airlines website?