Have you picked up your copy of Madden NFL 12 yet? Well, we can confirm that this year’s instalment of the game is selling very well, in fact in its opening week it sold 10 percent more than Madden NFL 11 did last year according to a recent VG247 article.

Madden NFL 12 arrived in North America on August 30, by September 5 more than 1.4 million copies had been sold (all consoles) and by the looks of things gamers are certainly making the most of their new purchase. Figures suggest that 5.4 million online game sessions have been played since its launch and the game’s downloadable content is also selling well – we are told that almost 200,000 coin packs and Madden Ultimate Team cards sold in just 7 days – now that’s impressive. 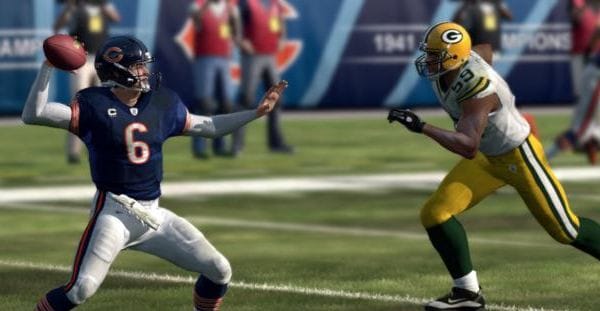 Before the game’s public release EA SPORTS Season Ticket subscribers were able to get full-game digital access to Madden NFL 12 and by the time the game’s official release took place more than four million gameplay minutes had already been racked up.

If these figures impressed you that’s not all, we are also told the games for Android and iOS also done very well, apparently the version of the game available at the Android Market reached the top paid spot, whilst the game for iPhone, iPad and iPod Touch ranked in the top 10 grossing apps list at the App Store.

Are you happy with Madden NFL 12?