As Brees was part of the Super Bowl-winning New Orleans Saints team it is no surprise to see him as EA’s choice, if you check out his season’s stats you will see why he was chosen.

An image recently posted on MiamiHerald shows the front cover of the upcoming game, this particular photo (embedded at the end of this post) shows the PS3 version, however from what we can see Brees will also feature on the Xbox 360 cover.

As we find out more about both Madden NFL 11 and NCAA Football 11 we will keep you posted, for more details check out the link below.

Do you think Drew Brees is the correct choice for the cover art? 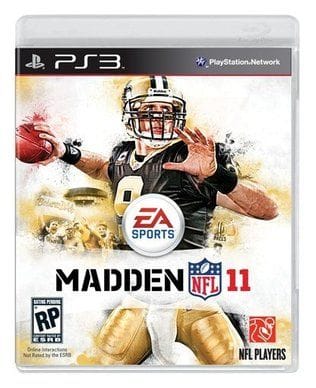