We have a reminder that we are just hours away from the exciting Madden Mobile 17 release time for gamers on EST and PST timezones. Everyone is waiting for the new season to begin and we have a heads-up on what time Madden Mobile 17 should be out today.

It’s slightly frustrating that EA has been unwilling to share an exact release time on their Twitter account. They know everyone is constantly waiting for this information, but as far as we’re aware they have still not said anything officially. 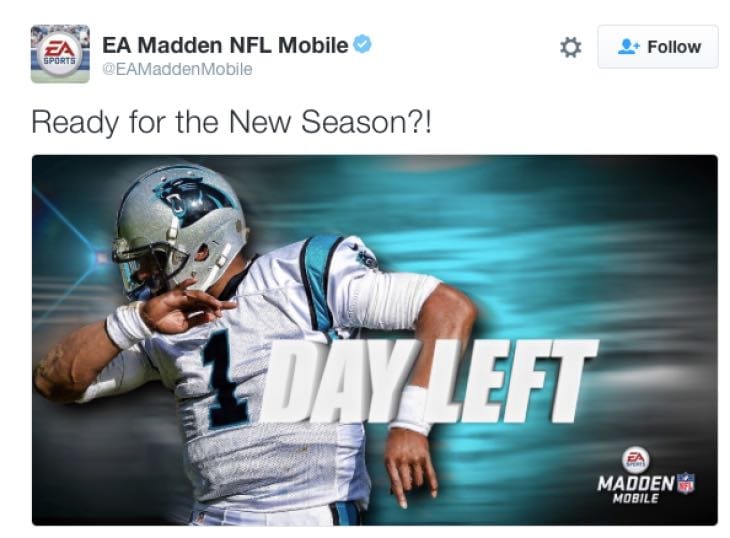 However, there is a rumor suggesting that 12PM Eastern Time is when Madden Mobile 17 will be live on the App Store and Google Play on August 16. If true, this means 9am Pacific Time and 5PM for Madden fans in the UK.

We’ll do our best to keep you updated here if we get an official time, but for now tell us in the comments if you are waiting for this game to go live.