Madden players have had some very good news today with the arrival of the new Madden 16 1.07 update. We can now bring you the official Madden 16 1.07 patch notes to show you what EA has added into the game compared to the previous version.

The main addition that EA has added is the ability to play Draft Champions with your friends. Now with 1.07 installed you can do this with up to 5 games with that draft against those on your friends list.

Also contained in the Madden 1.07 update is the ability to reset your team and re-draft once every 24 hours. 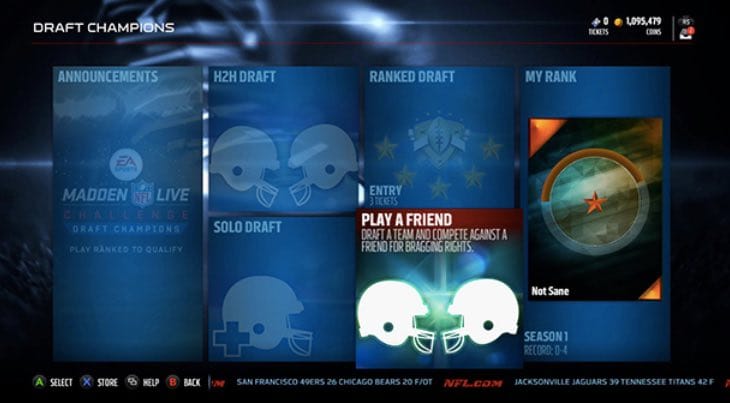 EA has said that on top of the play a friend Draft feature, they have fixed up some key stability fixes that should help to alleviate some of the Madden 16 crash problems that you may have been experiencing.

There’s a preview image of the update above, but you can find further details from EA over on the official website here.

Let us know if you have received the Madden 16 1.07 update on PS4 and Xbox One today and anything else that you notice in terms of gameplay changes that are not included in EA’s notes.