We are counting down the days to Pokemon Omega Ruby and Alpha Sapphire, which will release at the end of November. To prepare for the big event, we have some other big news to share regarding Macy’s Thanksgiving Day Parade which traditionally features a giant Pikachu balloon.

We are pleased to confirm that Pikachu will again be one of the highlights on show but even better, there will be a new Pikachu design for Macy’s 2014 Thanksgiving Day Parade.

You can see a picture of the new-look Pikachu below, which is different to the 2013 version which featured a more classic approach to Pikachu. The 2014 design will see Pikachu sport a green scarf for the Holidays, but Pikachu will also be holding a small ‘Snowman’ Pikachu as well – we’ve done the comparison for you below so you can have a look at the changes. 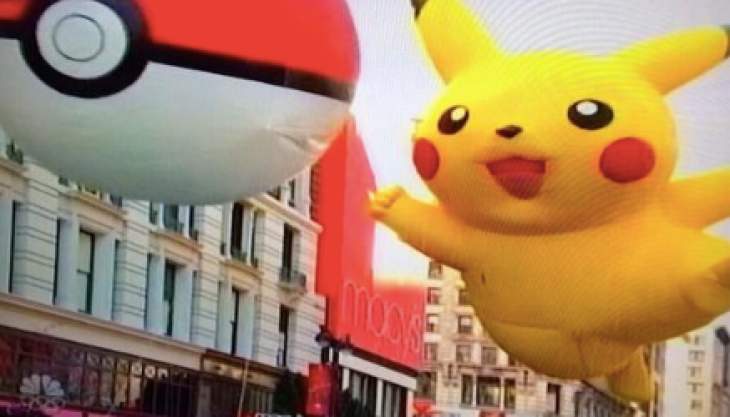 What are your thoughts on the new-look 2014 Pikachu, do you like it or not? Let us know if you have already pre-ordered Pokemon Omega Ruby and Alpha Sapphire in time for the launch this month.