Macy’s 84th Thanksgiving Day Parade on November 25th will see 3.5 million people lining the streets to watch this yearly event, and a further 50 million will watch the event on TV. For those of you who would like to see the planned route of all the floats, then Google Earth has it for you.

The Macy’s Parade will start at 77th Street and Central Park West; it will then go south towards Central Park West, then turning east to Central Park South. The best way to study the complete route is by visiting Macy’s website or on Google Earth here. 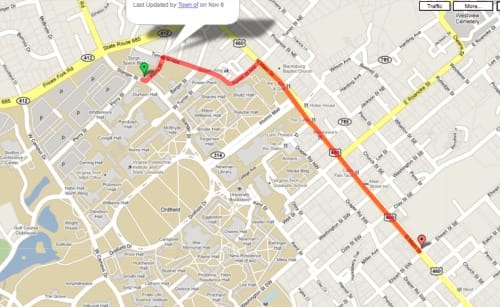 There is to be seven new floats for 2010, along with two new balloons. The new float themes are as follows: Dora the Explorer, a replica of Mount Rushmore and more. There is to be a tour of the parade route on Tuesday before Thanksgiving by the Boy and Girl Scout troops and schoolchildren from the area.

Using Google Earth will give you a great idea of the route rather than reading the directions, as you can zoom in and recognize a place rather than the name of the street. Do you think using Google Earth to view Macy’s Thanksgiving Day Parade 2010 will make it easier for you to pick an ideal spot to view the event? View deals from Macy’s Black Friday ad.