Well, we got it a little bit wrong last week, as we presumed that Apple was either going to launch iOS 10.1 and macOS 10.12.1 Sierra either on October 25, or the 27th. However, the update was released yesterday, the 24th and so has been available to download for just over 13 hours now. 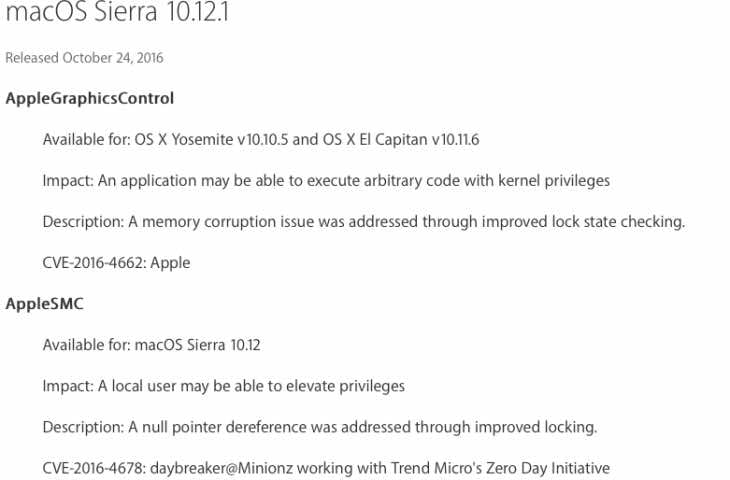 As always, there were a few macOS 10.12.1 download problems, where some users were unable to connect to the download, or when they did it would get stuck. However, it did not take long for that bottleneck issue to pass, and people are able to download and install with no issues.

Well, we say no issues, but this would not be entirely correct, as there have been a growing number of macOS 10.12.1 problems, which has already lead to demands for the release of a 10.12.2 update to fix these problems.

One particular issue that seems to be gaining traction are with all apps crashing with the MacBook Air since installing the update. Also sticking with the MBA, the temperature problems still persists, which is now getting annoying for affected users. Having said that, we are using the latest MacBook Air right now, and have no such issues, and so like most issues could be down to some very dodgy software – although this is not always the case, and would require Apple to get on top of things.

There still seems to be an issue with PDFs in Preview, and another issue that some Product Reviews readers have informed us about is not being able to connect to iCloud Music Library. However, we think we have found a fix for them so that it does not require you waiting for iOS 10.12.2 to be released. All you need to do is restart the machine in recovery mode, then select First Aid on the HD and partition, now it connects. Once this is done just restart as normal and things should work just fine.

These are just a few examples of the issues people are having since installing the latest macOS update, but what problems are you experiencing.