Lenovo is updating its range of laptops, but one is to go head to head with the MacBook Pro. The Lenovo ThinkPad T420 has a lesson to teach in battery humiliation, and it is not hard to see why. We know that the Pro has an expected battery life of around 10 hours; the new Sony VAIO S series offers 14 hours. However, the new king in town is the T420 with up to 30 hours.

Do not let that put you off the new MacBook Pro, which is rumored to be released this Thursday, as it is not as simple as you might think. PCWorld says that in order to get that kind of battery life you will need to purchase an extended battery, which you then need to connect to the optical bay. This is a little like you have to do with the Sony VAIO S laptop.

It certainly seems as if more computer makers are trying to offer something a little extra to try and compete with the MacBook Pro, and these new slimmer designs and 30 percent increase in performance is proof that Lenovo are doing just that. However, Apple do not sit around for long, and there are also rumors that the next Pro will also be on a diet — so will look a little like the MacBook Air. 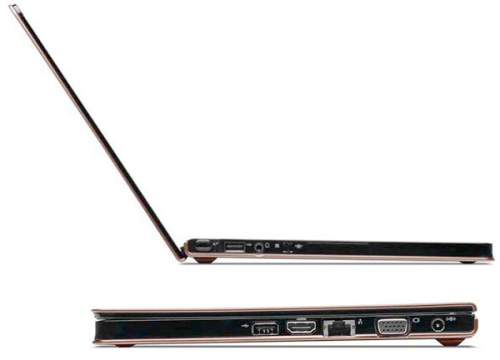 Engadget has details on all six new models from Lenovo, but we are most interested in the T420, which will come with a choice of either a Intel Core i5 or i7 processors. The awesome GeForce 4200M graphics card is certainly a nice addition with its 1GB of VRAM. Expect to pay $1,329.

We have now covered three new laptops being released over the next month or two, and it seems as if Sony and Lenovo has their sights set on Apple and their MacBook Pro, but who will win out?