Even though the MacBook Pro received a small update at the start of the year, we still expect to see another this year, along with the MacBook Air as well. Just last week we discussed how WWDC 2013 could be the platform to reveal these new models with them releasing later that day. However, this seems to conflict with what Tim Cook had said.

During Apple’s earnings call, Cook had said they will have no new products until the fall this year, which would mean we should not expect to see any new products until late September at the earliest. So what about continued rumors that we will see the MacBook Pro and Air refreshed in June? 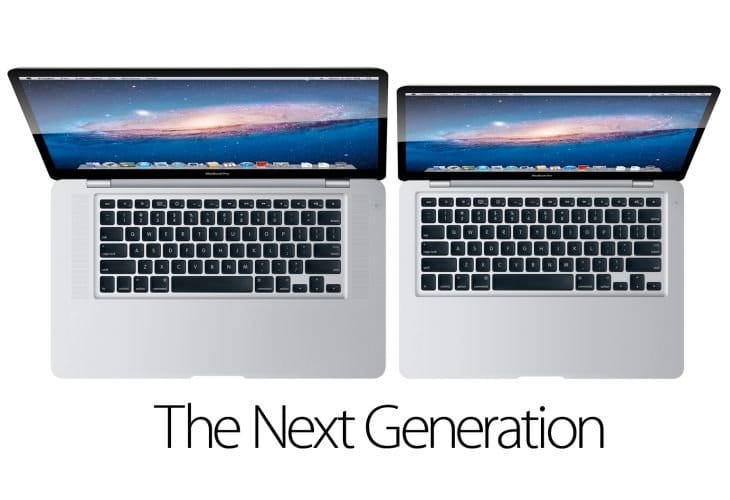 There are several ways to look at this, first of which could be Apple throwing us off the scent, which is something they have been good at in the past. Secondly we will not see any new devices until the fall, and so these persist rumors are all they are, rumors.

However, we do have another possibility, can we consider a MacBook Air and MacBook Pro refresh as new, because if not these would not count as those new fall 2013 products?

When Tim Cook said that they will not be releasing any new products until fall 2013, maybe he was talking about a completely new device, and not a minor refresh. Now a complete redesign of the MacBook Air could count as a new product, as it would not be a refresh, so if we look at it like that then we should expect just some minor changes, such as a spec bump to the new Haswell processor.

Let’s say this is the case; we could see the elusive full on Apple TV set, or maybe the iWatch released in the latter part of 2013? Whatever happens, we do expect Apple to shock us with something radical this year, let’s face it, they need to do something.