We told you a couple of days ago that the MacBook Pro could be in line for an update this year, now there’s talk of a possible update for the MacBook Air.

According to Brooke Crothers of Cnet, the MacBook Air could be getting Intel’s Sandy Bridge processor as early as June of this year. Intel had to recently suspend shipments when a few where found to have a design defect, but it is expected shipments to recommence at anytime. Now according to a source close to Apple the chip could be finding its way into the MacBook Air this summer.

The current line of MacBook Air’s was only recently updated with the addition of flash memory, but the unit is still powered Core 2 Duo chip which is still basically the same processor since its release three years ago. An article over at Online Social Media by Debbie Turner recently asked how the MacBook Air could be improved; a new improved processor could be on a lot of people’s wish lists. 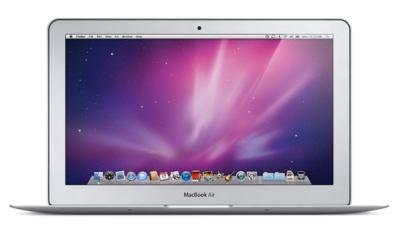 Meanwhile a report over at Cult of Mac is saying that demand for Apple’s MacBooks is doubling for some models. The company saw strong sales during the recent holiday period, and sold a record 4.13 million Macs during Q4 of 2010. These figures were strengthened by strong MacBook Air and Pro sales.