So how can the MacBook Air be like the iPad? Well when Apple unveiled their tablet they were ridiculed, now one year later they all want their version to look like the iPad. So the CNET News report that Nvidia’s CEO said that other computer makers will now follow the Air design – kind of mirrors the tablet market wouldn’t you say? A bit like the rumored 2011 MacBook Pro refresh.

However, this will not happen overnight, we might not see more laptops looking like the MacBook Air until 2014; although Samsung seems to be ahead of the game with their new Series 9. This is certainly good news, as Apple will know that they have been able to shape the laptop industry as they have the tablet industry. Having said that, they will now have to come up with a totally new design, as they need to be seen to be different. 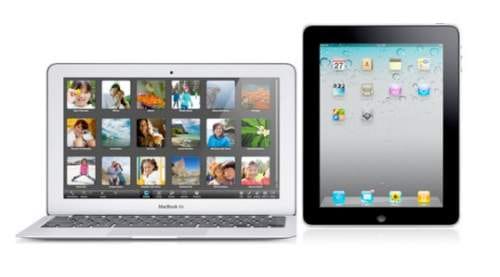 There are a number of reasons why the design will change for a slimmer form-factor, but most of it will be down to the processor and GPU, as they will not need as much cooling, which in turn means any unnecessary equipment to keep things cool inside.

Some have come and failed to take on the MacBook Air; CNET News also recently reported that the Dell Adamo has now been discontinued. It seems that a laptop needs to have more than just looks on its side. If all laptops looked like the MacBook Air, would it take the shine of the Apple device?