Latest MacBook Air rumors suggest that Apple’s slim laptop could be about to take on a whole new shape — and we do not mean in design. You may remember that we reported that Apple might be considering using their A5 chip in the Air instead of the Intel Sandy Bridge, which is considered to be the consumer’s choice.

If we were to put the two into a benchmark shootout, then chances are Intel’s processor would win, so what other benefits could there be for Apple to even consider it? The first could be battery, as the A5 in theory should be able to offer a much longer battery life. However, those of you with a MacBook Air already enjoy a decent battery life, and would rather have performance.

Maybe Apple has been able to make changes to their operating system (which we will talk about in detail in another post) to greatly reduce the power needed, along with improving overall performance? Whatever they have up their sleeves we will be the last to know. 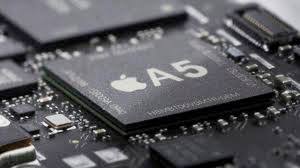 Maybe Apple is thinking long-term and will be going into more cloud and app integration with the next MBA? We know what we would prefer; if Apple were to go down the A5 route, then they will have to reconsider how they define the MacBook Air.