With each new release of Apple’s OS X and the new MacBook Air update expected shortly, we’ve seen improvements to radically change the way you use a computer, and the OS aims to be the most advanced in the world. Today we hear that the MacBook Air and OS X Lion release time is almost upon us.

At the end of June 2011, we saw the stocks of MacBook Air’s dry up and this naturally pointed to a refresh within the next month, with most people pointing to a July release. As an Apple developer we can confirm that OS X Lion golden master has gone live for developers that are enrolled in the OS X platform. Apple has not made an official statement on the public release for OS X Lion, but we do know that the software will cost $29.99 as a Mac App Store download.

Its been a rumor for sometime that OS X Lion will likely come with the new MacBook Air, and recent rumors point to July 14 as the release for OS X Lion. With this in mind, should we expect the new MacBook air to have the same release date of July 14? We think this makes sense for Apple and it’s users. The developer preview showed some amazing enhancements for OS X Lion, which include more than 3,000 new API’s. Add to this the new hardware in a MacBook Air, and then you have another appealing Apple solution for those that like a light laptop with solid software. Apple’s market share has been growing year on year, while Microsoft has seen sales fall, so if you’re thinking of jumping ship to Apple, mid July could be the perfect time. 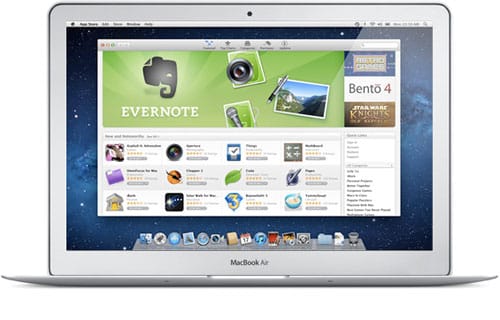 We’ll update you on the official release date for both the MacBook Air upgrade and OS X Lion when its released, also it’s worth pointing out that the download release time for OS X Lion will likely break first on Twitter via this page. You may want to read about how Windows 8 stacks up against OS X Lion 10.7, and Apple’s new take on email. Will you be upgrading your Apple software or buying the new MacBook Air?