Apple has made the Mac OS X Mavericks 10.9.4 update live today, which comes just over a month since we noted a beta release being available for developers to download. The new software can be installed on any Mac computer running Mavericks 10.9 and brings with it fixes, improvements, and an update to Safari.

The screenshot above showcases the features listed on Apple’s OS X Mavericks 10.9.4 release notes. These basically include smoother operation of waking from sleep, a fix for those of you that couldn’t connect to Wi-Fi networks even when they should be remembered, and also Safari updates to version 7.0.5. 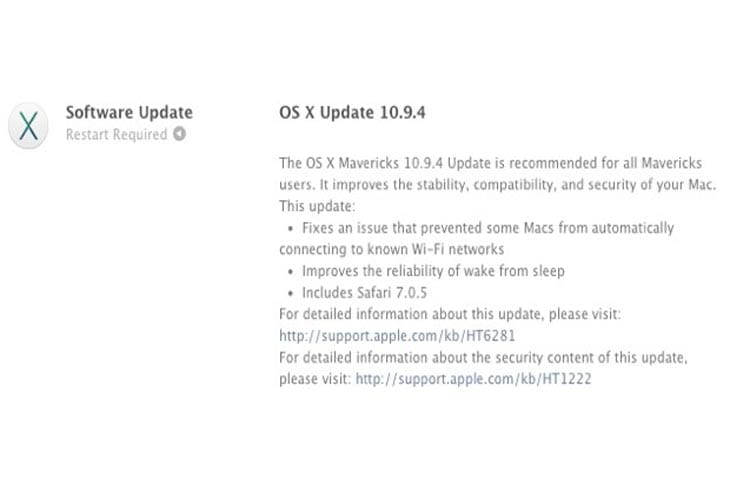 If you were hit by Wi-Fi network problems, then this update could solve your problems and mean current hacks like deleting certain Bluetooth files wouldn’t be needed anymore. Let us know in the comments if your Mac is running better after updating.

We’re currently going hands-on with this update on our MacBook Air and will update Product Reviews readers if any issues are found. One of our PR office iMac’s is currently running OS X 10.10 preview 2, which is performing much better than the first beta although some lag and crashing is experienced.