As most of you are probably aware, Mac OS X Lion is finally available to the public via a $29.99 upgrade from the Mac App Store. Unsurprisingly, many consumers are loving the new software from Apple, while others are pulling their hair out trying to get to grips with the default inverted scrolling system on Lion.

Yeah that’s right, Lion features inverted scrolling out of the box, and acts the same as if you were using Safari on both the iPad and iPhone. While many of you have become used to using inverted scrolling, it just won’t gel for the rest, but you’ll be pleased to know that there is a simple fix around the problem.

If inverted scrolling on Lion is giving you a headache, simply head over to your preferences.app menu. From there, select the Trackpad heading and then once you’re there go to the Scroll & Zoom tab and untick the selection that says ”Scroll with finger direction”. Once you’ve done this you’ll find that you can actually scroll the direction you want rather than have Lion do the opposite, problem solved.

This isn’t really a huge issue we feel and we can understand why Apple set it as default. They are obviously trying to integrate the features of iOS 5 and Lion as much as they can, and since it’s also default on the iPad and iPhone they were always going to do the same on Lion. However, we expect most of you will disable inverted scrolling, as many of you will want to use Lion for computing purposes, and inverted scrolling just doesn’t offer the experience that most of you are after. On a mobile device, it’s irrelevant since many just use Safari for casual browsing, but many consumers will use Lion for professional purposes so on this basis – inverted scrolling just isn’t needed.

As far as we can see, inverted scrolling seems to be the only gripe with Lion so far, as we’re loving our experiences with the new features and OS as a whole at the moment. It really is a fantastic package for the low cost upgrade price that Apple are asking for, so if you do own a Mac device, we definitely recommend upgrading as soon as you can.

If you are having any problems installing Lion on multiple computers, you may find our previous article related to this issue handy. In the meantime, give us your impressions of the new OS so far – are you enjoying the Lion experience or not? 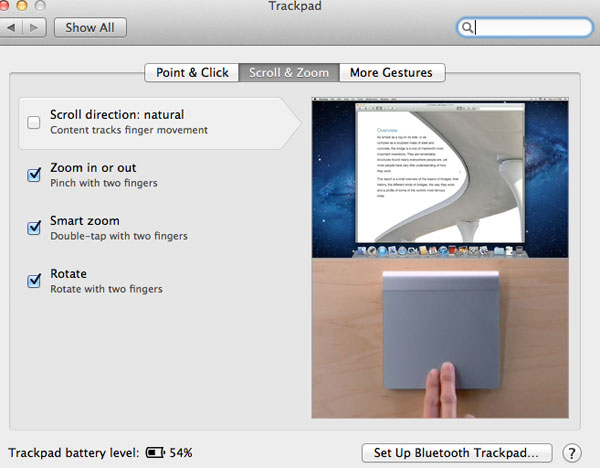