If you were expecting Mac OS X Lion to come without any sign of bugs, think again. Apple’s latest Mac OS X release has only just gone live but we already have a serious problem affecting those who use Lion on an external display.

We were aware of previous external display niggles with Lion during the developer preview of the new software, but we expected Apple to iron out the issues before the full version went live on the Mac App Store just hours ago.

Unfortunately, it appears as if problems are still present, as you can see in the video we have discovered here, as evidence. Watch as the user connects the laptop to an external display running Lion, and as soon as the new LaunchPad interface is selected, the user is met with one big distorted mess as they try and navigate through the selection of programs. 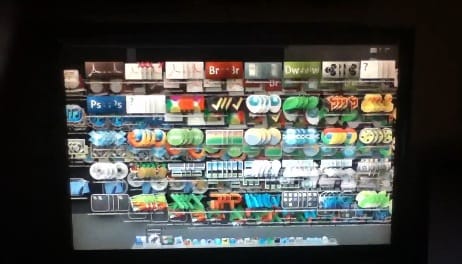 Obviously, we’re not sure if this problem is specifically tied down to the external display, Launchpad or a combination of both. We’ve done some digging and found this related article back in June which does suggest that Apple are having issues with external displays and Lion. However, that particular issue is related to using Lion in full-screen App mode, while the incident seen in the video below happens as soon as an external display is connected, which obviously isn’t good.

Further research from Twitter users has revealed that quite a few of you are also having external display related problems with Lion. Check out a few complaints below as an example:

Knusi said ”Just found out that the FullSceen mode in #Lion is a mess if you want to use it in combination with an external display.”

Ryanmoulton said ”Full screen in Lion is useless. Blocks out the external display to save 20 pixels on the other.”

Deekstar said ”It’s gonna take me a while to get used to the scrolling on #lion – it’s messed up the resolution on my external display too!”

As you can see, this problem is becoming a hassle for new owners of Lion, and it’s not the kind of headlines that Apple will want to see after just getting their latest software out of the door. On a side note, it’s interesting to see that users are having difficulty getting used to the default inverted scrolling on Lion as well, as we only just mentioned this in an earlier article here.

We’re not sure how widespread this problem is at the moment, but it’s clear it is not an isolated issue. If you have been having any resolution or external display problems with Mac OS X Lion, get in touch with us below.