If you tuned into yesterday’s Back To The Mac event, you’ll know that Apple officially announced their newest version of OS X, which will titled ‘Lion’. v10.7 will be the successor to 10.6 Snow Leopard and we have some preview screenshots for you to take a look at.

The screenshots come to you courtesy of Engadget, who managed to get some close-up stage shots of OS X 10.7 Lion when it was being announced live by Steve Jobs.

One of the main features which you’ll see in the screenshots is the inclusion of a standalone app store specifically for OS X. Other additions include an iPad-like Launchpad application launcher and iOS folders.

When is it releasing you ask? Well, according to Apple’s press release, OS X 10.7 Lion will be available to buy sometime next Summer. Check out the image gallery over at Engadget and let us know your initial impressions of the upcoming software. 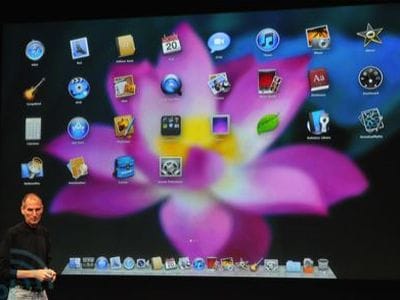 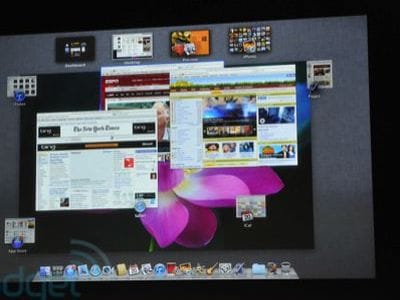