Apple’s new Mac App Store was launched yesterday, and we have already told you that you will need to update your operating system to take advantage of the new service. On launch the new Mac App Store has over 1,000 applications available.

Today an article over at The Guardian is reporting that Apple have announced that more than one million apps were downloaded on the first day. That is pretty impressive figures and Apple’s vice president of internet services — Eddy Cue — said “We think there’s a real opportunity to revolutionize the way the way that apps get distributed on the Mac.”

The company is using its experience from the hugely successful iTunes App Store to make the Mac version a hit. We could now see more people purchasing software in this way instead of installing from a purchased disc, and users of MacBook Air’s which don’t have an optical drive the service will be ideal. 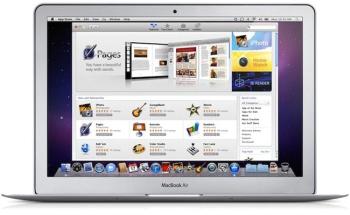 Features like Game Centre, and in-app purchases have not made it to the Mac App Store so far, but Apple haven’t ruled out adding these at a later date. There were some problems reported by users of the new service on the first day.

Some people where reporting getting the “error 100” message when first launching the store, and the team over at Tuaw say to fix this problem is to just quit the store and reload it. Other fixes include restarting iTunes or the Mac which is being used.

Have you used the Mac App Store yet?