Ever since we watched Back to the Future 2 we have been obsessed with the idea of a Hoverboard, and while it would be fun to see such a thing a recent Kickstarter campaign shows us a vision of something far more intriguing. The MA Drone 3 is the start of something amazing, as it is the first project that could pave the way to the first Hoverbike, or small personal helicopter.

Even though the Hoverbike is still a long way off, this MA Drone 3 concept is not and is the start of a great project that could see many of us flying about on a bike that floats just off the ground, although this is fraught with safety issues. 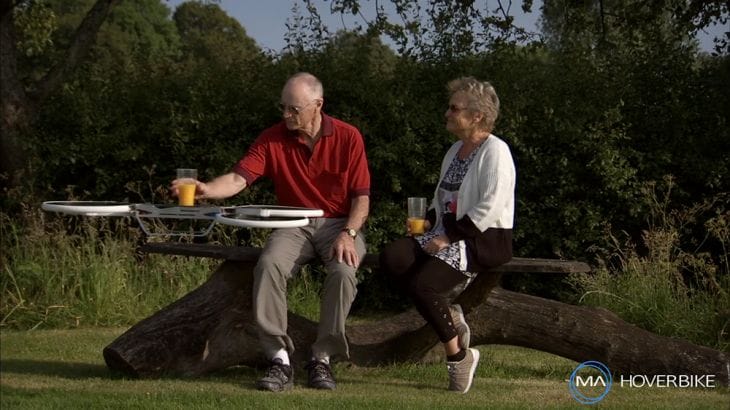 In the video below you get to see what the current version can do, the MA Drone 3. There are many uses for it and it is the hope that this will lead to greater things, and as such the inventor has asked for you help in being part of the future and making the Hoverbike a reality.

There have been previous versions of the concept, one of which made use of two rotors. However, there are now four blades and is a sort of oversized quadrocopter. We do hope that this campaign gets funded because we would love to see what is possible.

The hover bike campaign has been started by an inventor in England and is asking for a total of £30,000 to achieve his goal, and as of this moment £19,244 has been pledged. There is still time seeing as though the campaign ends on August 31st.