We expect to hear some news from Microsoft today in respect to new Lumia handsets, with the 940 and 1330 being possibilities. We have already seen photos leaked, as well as specs and they do give Windows Phone users something to look forward to. Ok, so we know these smartphones do not bring as much excitement as the likes of a new iPhone, but they are still very popular devices.

The new photos for the Nokia Lumia 1330 are not the clearest of shots, but the are good enough to give you a good idea of what to expect. We do know it will come in two color various, and those are yellow and white, and will sport Microsoft branding on the rear cover. This will mean it will be one of the first to have the Microsoft logo rather than the Nokia moniker.

Price wise, we do not have any idea as yet, although it will be more affordable than the 1520, but this is because it will be slightly smaller and come with different specs. 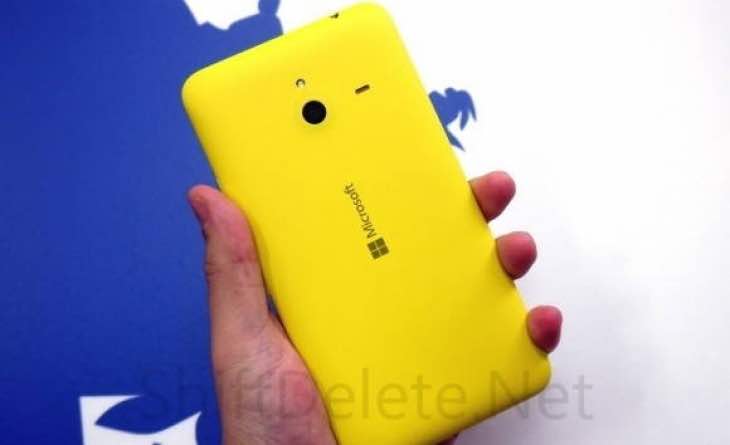 Phonearena have come across what they believe to be the high-end specs for the Lumia 1330, which consists of a 5-inch Full HD display, 2.7GHz Qualcomm Snapdragon 805 processor, 3GB or RAM, a massive 24-megapixel rear-facing camera and a 5mp shooter up front. However, what interests us the most is its operating system, as it is rumored to run Windows Phone 10.

However, we would just like to say these are based on rumors and so you should take them with a grain of salt, although we don’t have too long for Microsoft to announce these two handsets today.

Update: Windows Central has learned that the photos for the 940 are fake, although we should know more later.