Two companies that have yet to hit the big time when it comes to the smartphone market are Microsoft and Nokia. Both companies have enjoyed great success both past and present in other areas in other areas of the tech industry, Microsoft with their successful games console and computer OS Windows and Nokia when they dominated the mobile phone market before the smartphone existed.

Now the two have teamed up and things are looking promising with the recently announced Lumia line, but are they going to be enough to ignite a Nokia comeback? Windows Phone OS for smartphones has had a mixed welcome to the market, having already launched it on several handsets and not having much success, competing with the likes of Apple’s iOS and Google’s Android OS, whereas Nokia are still yet to make an impact.

Their latest offerings, the Lumia 800 and 710, look to be the real deal. They have been making the headlines recently and getting a few people excited, including us. In the past where Windows Phone has failed it hasn’t been with the software, as their latest OS Mango seems sufficient enough, but the hardware has been a letdown. This is where Nokia will be stepping in with these two devices and at the same time with hopes of having success in the market themselves.

Nokia CEO Stephen Elop says ‘it’s a new dawn’ for the company. While optimism is a start, the company will need to produce the products to match their energy, the Nokia Lumias could just be those products. Check out the link above for more details on the new Lumia handsets for yourself. You can also check out the innovative Nokia Kinetic, a concept smartphone with a unique ‘twist.’
What do you think of the new Nokia line? Do you think it’s enough to ignite a comeback? 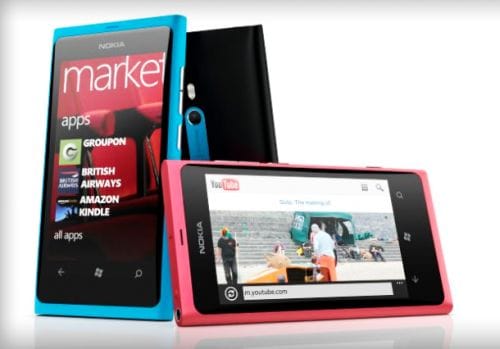