Star Wars fanatics can prepare to be excited once again as LucasArts’ recent activities have led to hints that a new game could be on the way. The company’s most recent game, Star Wars: The Old Republic is expected to be released in the UK on December 20th and will be hoping to be on everyone’s Christmas lists. This is why news of a brand new title looks promising for fans.

LucasArts has just recently registered three new website domain names that all point towards the new title, Star Wars: Identities, whether this title is for a series, film or a game is yet to be determined, but our guess unlike Fusible is that it is most likely for a new game. The three domains which were registered on Monday, November 7th are sw-id.com, Starwarsidentities.com and starwarsidentites.com.

The fact that the company founder George Lucas has in the past firmly denied wanting to make Star Wars Episodes VII, VIII and IX also rules out the probability that this new title is for a new film. However a series is still a possibility. Evidence to support the fact that it could be for a game suggests this is most likely the case. The company was recently reported to have been recruiting for a new Star Wars title, but details on what that title can be have not yet been confirmed.

Rumors that an open-world game could be on the cards have also been circulating and this news suggests that Star Wars: Identities could be it. Although nothing official has been announced by the company themselves, further evidence came from a source close to them saying a next-generation Star Wars: Starfighter game was in development. Could this be it? What do you think the newly registered domains could be for? 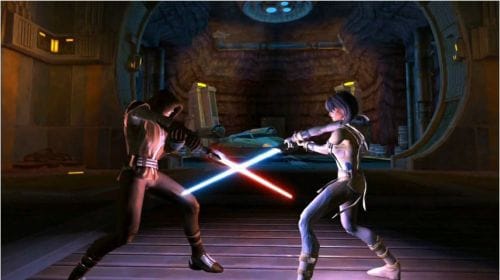