If you have been holding out for the new 2015 Land Rover Discovery Sport rather than get a rival model, then your patience would have paid off. This is because its starting price is lower than expected, which is something we do not see too often. This entry-level off-roader is to replace the aging LR2.

One thing the new model has going for it is doing away with the old styling of the LR2 and replacing it with styling we are used to seeing on its larger siblings. The starting price was first thought to be $37,995, along with a further $925 for destination. However, this has now been reduced to $37,070 plus the extra $925, which is $925 less than first assumed. 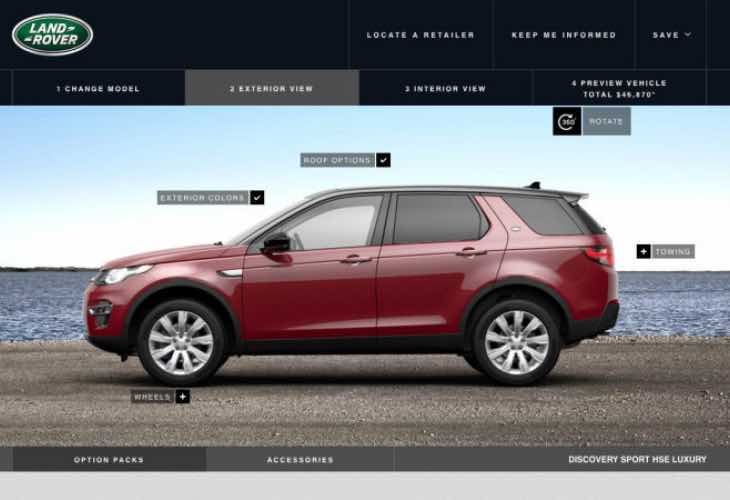 However, if you wish to go for the HSE model, you will need to part with $41,570 to get the extra goodies. Both models are powered by 2.0-litre engines, which are also turbocharged for extra power and so will produce 240 horsepower.

Once you have a play around with the configurator it will not take too long before you start to increase that price, as we know how easy it is to keep adding optional extras.

It will be interesting to see how this new model competes with the Jeep Cherokee and Grand Cherokee, seeing as though the latter two are still catered for a cheaper market?