The Lord of the Rings Online update 15 beta 3 went live to download within the last couple of days and arrived with the full patch notes. These changes were listed right after the Bullroarer public test server opened, although in this article we wanted to tease LOTRO update 15 a little more with Beorning gameplay.

As most of you know, the Beorning are a new class that we’ve been teased through the beta builds for LOTRO’s next update. You can watch 7 minutes with the Beorning female character in the first video below, which focuses entirely on female Beorning creation with attention to facial expression, hairstyles, and more. 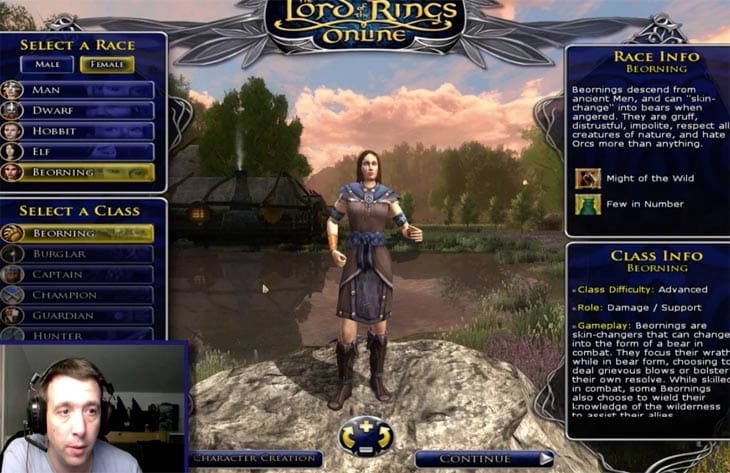 In the second video, you get to see 4 minutes of full on gameplay with Beorning. This is set in “Prancing Pony skirmish”, which had been captured during the LOTRO update 15 beta 3 build.

You’ll see fixes to the Beorning class, like improved balancing, fixing bleed dots and heals. There’s also some improvement to the “stat contributions to mastery ratings”, as mentioned on YouTube for the second video.

Are you still playing Lord of the Rings Online and if so, are you looking forward to update 15? There’s also a Halloween event taking place right now as well.