If you have taken a break from The Lord of the Rings Online, or LOTRO as it’s commonly known, now is the time to jump back into the game. The LOTRO harvest festival is now live and it offers a special LOTRO Halloween 2014 event with the chance to earn some precious LOTRO festival tokens.

Halloween isn’t until next weekend of course, but it’s great to see that the event has started early and will also continue well after Halloween is finished. You’ll be able to collect these LOTRO Harvestmath festival tokens until November 4 and trade them in for some luxurious items that you can’t get elsewhere.

One of these is the rare Steed of the Autumn Sun in LOTRO, a horse that will cost you 60 LOTRO festival tokens. We can show you how this horse looks below, while we’ve also added some early gameplay courtesy of YouTuber Mike Bowden. 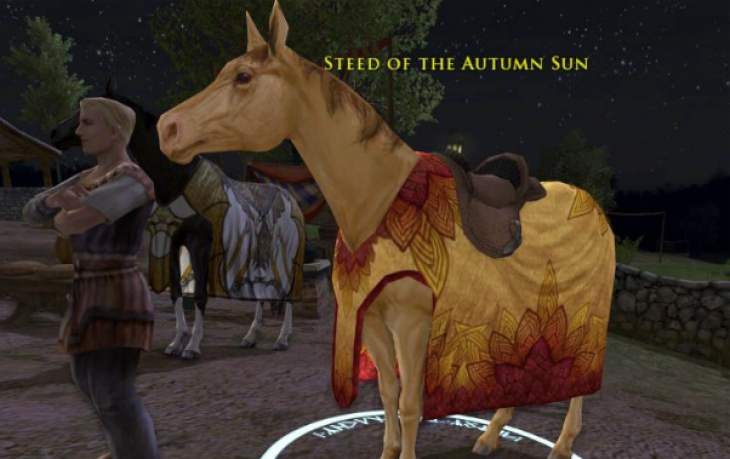 Those who are interested may want to know that there’s another chance to pick up the LOTRO harvest brew circlet. You can see how this looks here on the new Fall update for LOTRO – not bad at all right?

It’s great that the developers have given a very generous time frame for players to work through this event. Let us know your progress so far and how many tokens you have managed to accumulate.