We still do not have a specific iPad Pro release date, as Apple did say it would be later in November, which would be perfect timing because of increased shopper activity with Black Friday. However, there have also been rumors to suggest an early November release, such as the 6th.

iPad Pro accessories – We already know that Apple will sell the Smart Keyboard and Apple Pencil to go with the iPad Pro. However, as there is not a special slot for that Pencil to fit in, there is a concern that people could misplace them 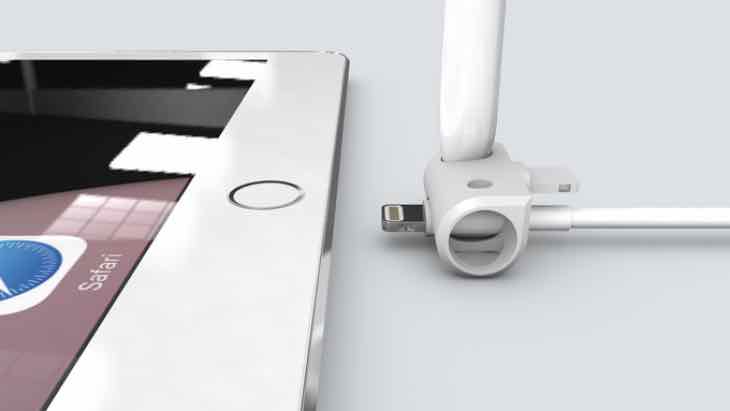 If you are forgetful, then there is an accessory that acts like an Apple Pencil dock, which you can see in these images. It’s kept in place with your charger, and will not get in the way of the port. You can choose to slide it into the port, or onto the charger itself, it’s your choice.

The catch – There is just one small issue, and that is the fact this accessory is trying to get funding to go into production. The company behind the project need at least £3,000, but only £773 has been achieved with another 29 days to go.