LFC fans are set for a very exciting Summer when it comes to the LFC transfer rumors. Today however it looks like we may have some official news to bring you now with Loris Karius to LFC set to be confirmed.

This could be one of Klopp’s first major signings of the Summer and we wanted to see how this will translate to the world of FIFA in terms of FIFA 16 and later on this year when FIFA 17 is available.

It could actually be very interesting, especially for those that use Mignolet in their squad. Right now Mignolet has a 78 rating in the game as a rare gold, but Karius has a better rating after a Winter upgrade with a 79 and as a standard gold card. 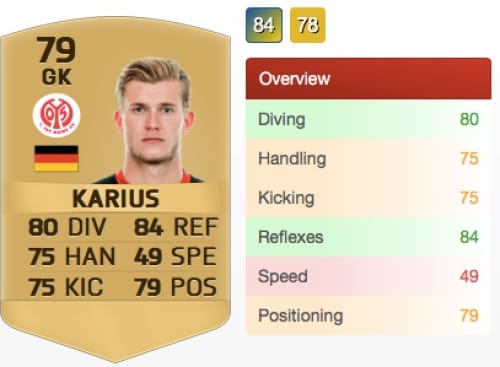 The thing we wanted to highlight though, is the fact that EA awarded him with a TOTS card in the Bundesliga TOTS recently ahead of none other than Manuel Neuer.

This should be enough to tell all FIFA players out there that this new signing could be the real deal and it looks like we are going to see a reality where Karius will have a much better card than Mignolet, by the time the FIFA 17 player ratings are out. 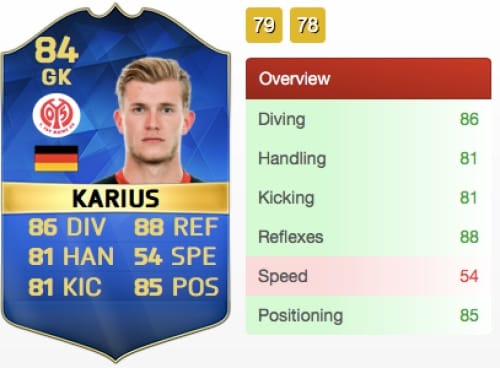 Give us your thoughts on this and leave a comment below on what you think Loris Karius’ FIFA 17 rating should be compared to Mignolet. Would Karius on 81, Mignolet on 79 sound fair to you?