For some reason we seem to have let the Lords of the Fallen game pass us by, but seeing as though this action-RPG was released a couple of days ago, we thought we would have a look at your options as to who has the best prices in the UK. We have a feeling that Lords of the Fallen could prove very popular for the PS4, although it is also available for the Xbox One and PC.

If you like Gears of War, then chances are you will enjoy Lords of the Fallen, its art style is very similar to that of the Epic Games franchise. You will know just what we mean when you see some footage of the protagonists, who seem to be way-to oversized to perform the moments they can, along with a cartoonish feel to them.

Now that you have decided to purchase Lords of the Fallen, where do you go to purchase it in the UK, as we have a choice of three for you, although one store does stand out over the rest? 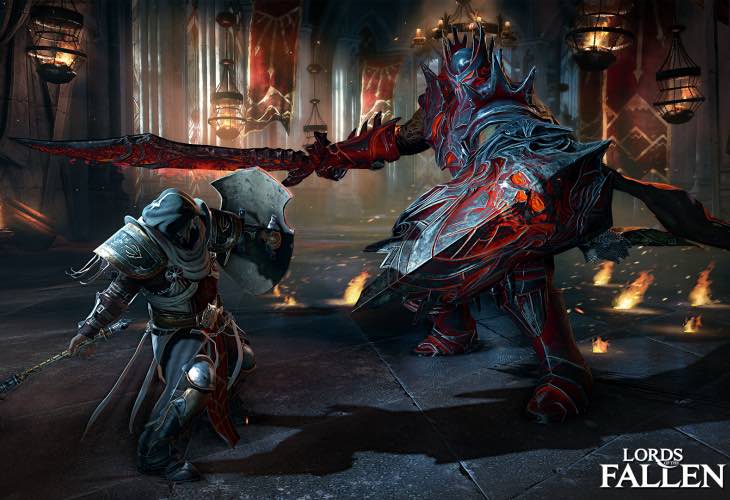 Lords of the Fallen price at Tesco – It would seem that Tesco would be the place to buy your copy of Lords of the Fallen, as they currently want £42 for the PlayStation 4 and Xbox One versions. They do say the normal price should be £46, giving you a saving of £4, which can be used to buy yourself a couple of drinks and a large bag of crisps ready to put a few hours of gaming in tonight.

Lords of the Fallen price at ASDA This store is the second best place to purchase the game in terms of price, as they want £44 for the PS4 and Xbox One. We do find it strange how both supermarkets favor the console versions over the PC, although GAME has you covered there.

Lords of the Fallen price at GAME This specialist gaming store seems to be one of a few high-street retail stores stocking the PC version of Lords of the Fallen. However, there is just one issue, and that is price, as GAME expects consumers to part with £47.99 for the two new generation console versions, although for the PC you will pay just £27.99, which is a pretty good deal. However, it is worth pointing out that all three of these are limited edition versions, which comes with the Demonic Weapons DLC pack.

Lords of the Fallen