The fun had with League of Legends and its new Ultra Rapid Fire update can clearly be seen in a video embedded below this article, so if you missed out on what all the fuss is about, then we recommend you watch some of the 32-minute video below. You’ll see TSM and Cloud 9 debut the Ultra Rapid Fire mode.

This video has reached over one million views since it landed on YouTube, and of course the date of April 1st clearly reveals part of the joke and reason why so many gamers wanted to have a watch. With over 20,000 likes, it’s clear the community loved the gameplay, how about you?

LOL: Ultra Rapid Fire increases game time – there’s only so much time to play games and with different titles launching, sometimes you might be pulled towards another game. Reactions to the video seen below and League of Legends Ultra Rapid Fire are clear, and a feeling of the game being reignited with more fun.

One fan said, “I’ve never played League of Legends so much, and soon I’ll be going back to hardly ever playing LOL again”. Another added, “don’t remove the Ultra Rapid Fire game mode, it’s so fun.”. These comments are just a couple of positive reactions from thousands of comments on YouTube, social networks, and forums. 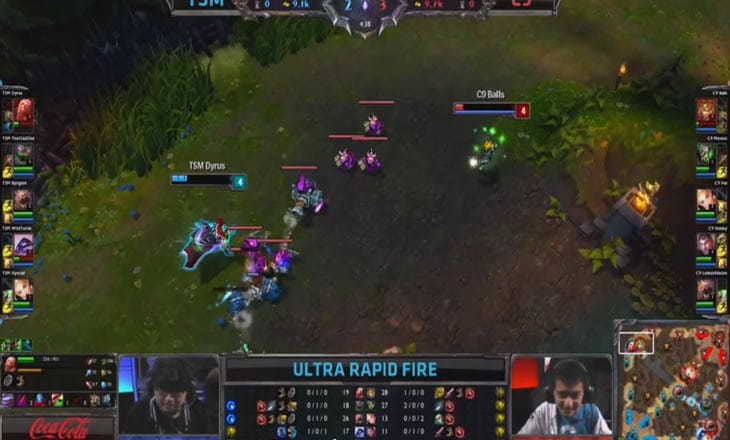 LOL fans found the Ultra Rapid Fire mode hilarious, fun, and just pure entertainment. Leave a comment below after watching the gameplay video, or if you’ve seen it then let us know what you liked most about Ultra Rapid Fire? We now wonder what they will think of next year to top this mode.