Following on from our earlier article which gave you a heads-up on the League of Legends 5.10 patch notes which is now rolling out to players, we now look ahead to the highly anticipated LOL Ekko release date and time in the US for June 2015.

Ekko is the new Champion which is going to be released in conjunction with patch 5.10. However, he won’t be made available straight away meaning that it’s still up to Riot Games when to add him into the game.

As we wait for further information from Riot, we can give you some initial details on what Ekko’s skills in LOL are going to be like.

Ekko will be able to use the Z-Drive Resonance passive ability, which allows Ekko to build up Resonance stacks when using damaging spells and attacks on enemies. 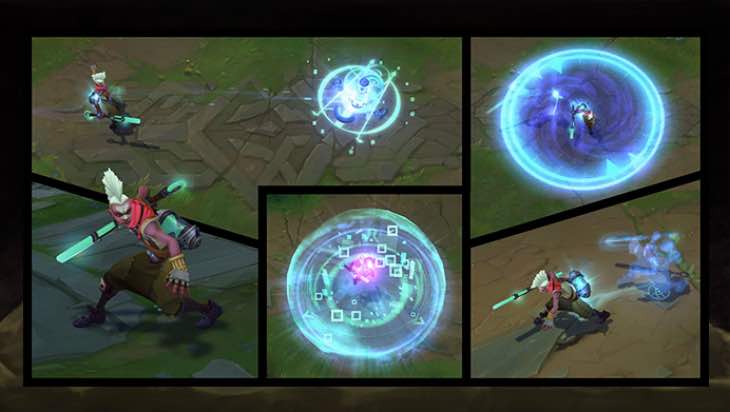 You’ll also get bonus damage when hitting the same target with three attacks, which will trigger the passive and slow down the enemy in the process.

Ekko can also use Timewinder and Chronobreak so he has plenty of variation – there’s a full explanation on how these skills work here. You can see a preview image of Ekko using his skills above, while we’ve also added some LOL Ekko gameplay below for you to enjoy too.

Again, there’s no exact release date for Ekko in League of Legends yet, so we’ll let you know once we have that information. Rumors suggest however that he could be out before the weekend, so let’s see.

How highly do you rate him as a Champion?