The new League Of Legends HUD is coming to ranked queues and this will be evident within LOL 5.15 patch notes. You will be able to see the full update notes shortly, although for now we noticed this weekend an update on the official blog detailing that this HUD change will arrive with the next patch.

Feedback came in thick and fast over the last two weeks, since the HUD update went live, and now there’s been a number of changes aimed at meeting what players desire. Now that the developers have enough player feedback, they will roll out the new HUD to ranked queues exactly at the LOL 5.15 patch release time. Of course, this schedule hasn’t been made public yet, but we expect it at some point in early August.

Changes to HUD update within LOL 5.15 patch notes – if you are playing non-ranked queues, then you will know the changes all too well. For those of you that don’t know the full changelog, then you will see the new HUD in ranked played with a brighter XP bar, a new drop shadow added to chat, larger Ping and FPS displays, larger stat icons and text, a full square cooldown indicator, new font and styling, and more for improved readability.

There’s also many scaled back audio cues and the developers pulled back and shortened many animations. You will also notice changes within the layout like with improvements to the scoreboard that include clearer/larger “summoner spell and respawn timers”. 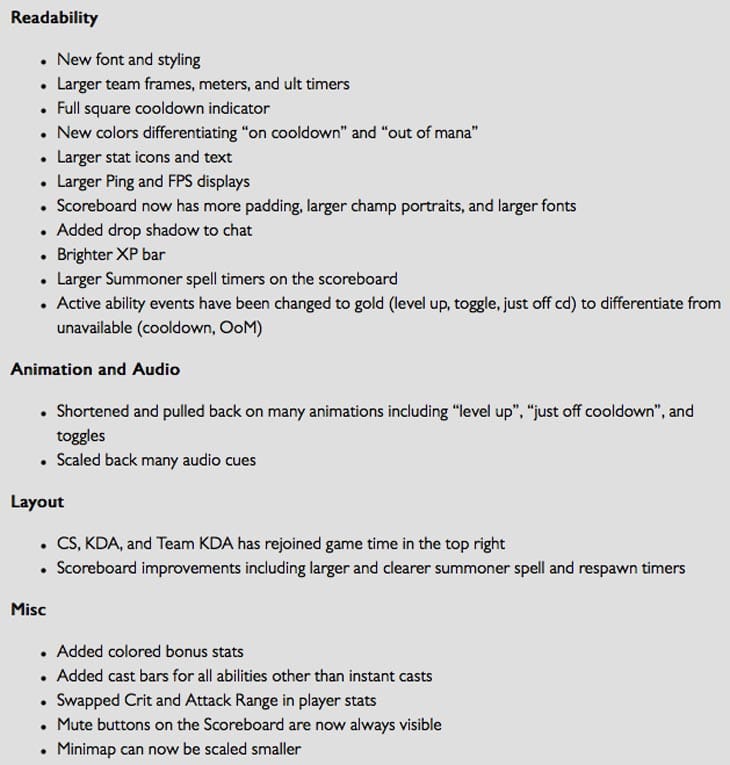 You can see the full changes within the HUD update above, which will be heading to ranked with LOL patch 5.15. It’s clear these changes were due within ranked at the end of July, but a delay took place after they wanted “extra time to incorporate the changes”. With that in-mind, you should expect the patch to land at some point next week.

Do you like the new HUD changes and if not, do you think there should be an option to switch to the classic HUD?