Google TV has been around a little while now and if you haven’t got one of Sony’s TV’s with the service built in, you may be considering the Logitech Revue. We have rounded up some reviews for the device for you to look at.

Marshal M. Rosenthal over at E-Gear.com has recently managed to have a play with the device. Setting up the Revue was pretty straight forward, no worse than connecting a DVD player to a TV. Once set up and turned on you are met with the start up screen for the Revue. Installation screens are simple enough but take time, these help you connect up to the video source device. Once all this is done the keyboard/controller can be used to turn on the video source and TV.

The keyboard was found to be well laid out, but the lack of backlighting could prove to be a problem in the dark when watching a film. After having a play around with all the options it was found that the Revue did have room for improvement, but was a great way to have your PC on the TV. 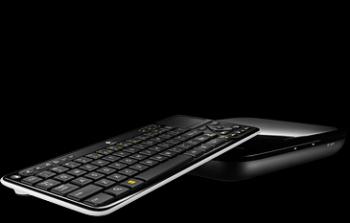 Another review by Tim Gideon from PCMag found that the keyboard can be difficult to use in some situations, and compared to Apple TV it was not as seamless, but has far more potential. The guys over at Engadget have also had a look at the Logitech Revue, and said it’s not perfect and would like the price to come down. For Dish Network customers though the Revue would be a good purchase considering the $179 price.

They did go on to say that if Google TV ever got integrated into DVRs or set-top boxes, the Revue would be thrown out in a heartbeat. You can find the official Logitech Revue website here, and use the links to read the full reviews.

Have you got a Logitech Revue?