Over the years there have been a number of mouse designs that were supposed to work on different surfaces, but none have been made to work just on a sofa — until now. The Logitech Wireless Mouse M515 has a cover over the laser, which means that nothing gets caught up on material as it can often do with other mice that have theirs exposed.

Engadget said that this is good, because there will be no build-up of dirt or dust, which is still an issue with most other mice on the market. Now you will be able to go to bed early with your laptop and not worry about your mouse getting all caught up and snagged all the time. 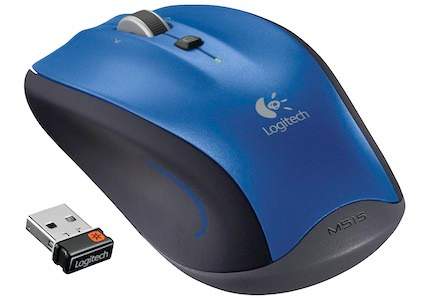 However, that’s not the best part, the two-year battery life is. I do not think that I have ever had a battery last me that long in anything I own — not even a watch. The reason for this long-life is thanks toLogitech and its new a hand-detection sensor, so if your hand is taken off the mouse it will go into sleep mode. Expect the device to be launched in April with a price of £49.99.

I would not usually buy a device like this just because of a gimmick or two, but you have to admit that this is a good product — one that will not break the bank. We have yet to see the M515 Wireless Mouse appear on the Logitech website, keep visiting as it gets closer to April.