Since the introduction of the Smart TV people have started to change their viewing habits because they are not tied to the many number of TV channels, as they also gain access to the many services that the Internet brings. When these first batches of TVs were released we had to make do with trying to navigate with the standard remote, but over time third-party accessory makers have capitalized on this to release media keyboards.

Media keyboards have been around for many years, but they never offered Smart TV support at the start. Now that we are in 2014 it is like a minefield because there is an extensive choice, and the Logitech K830 keyboard designed for your living room would have to be one of the best options at this time.

The K830 is the latest from the series and brings back the much-loved illuminated keyboard, although there are some other new features that users had been hoping to see. 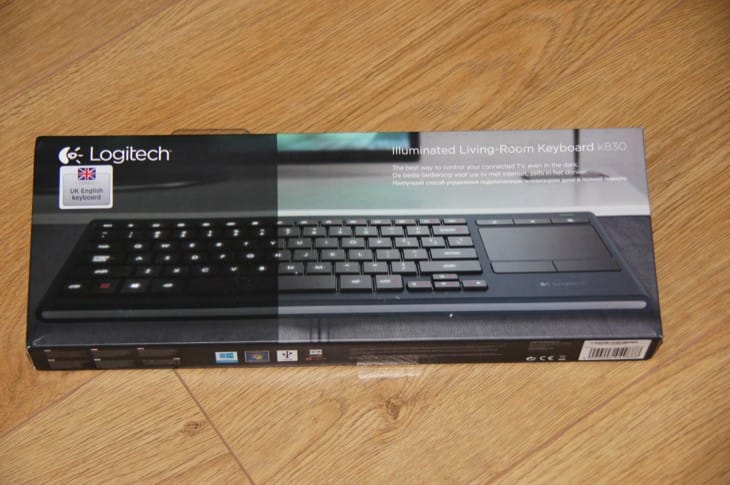 Just like the review we did earlier on two iPad cases, the packaging for the K830 is of a high standard, and you know Logitech has taken care to make certain the device stays protected ready for you to take out and start using. 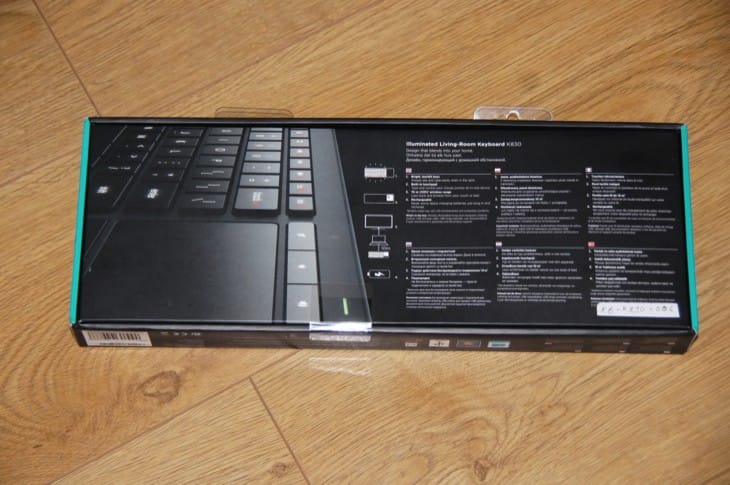 Logitech has used a tried and tested design, and while there are some of you who feel as if a change is needed, we still think its design is sleek and understated, although this could be an issue for some of you. 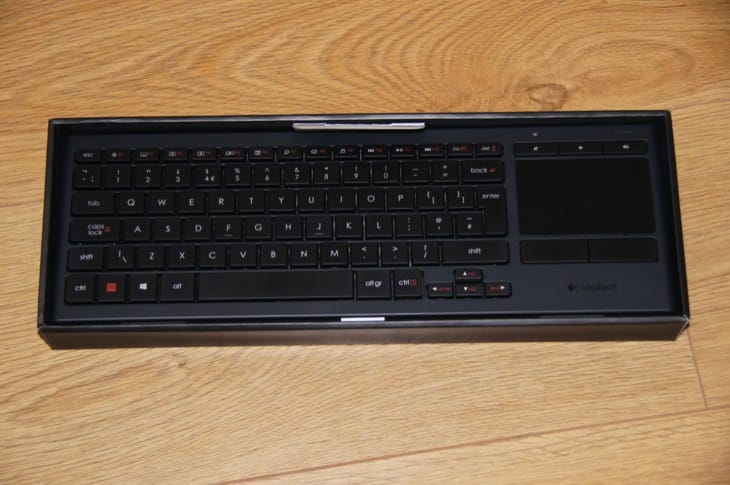 The keyboard feels very light to hold, which is a must considering you will be placing it on your lap from time-to-time when you are in front of your TV and wish to make use of the device. 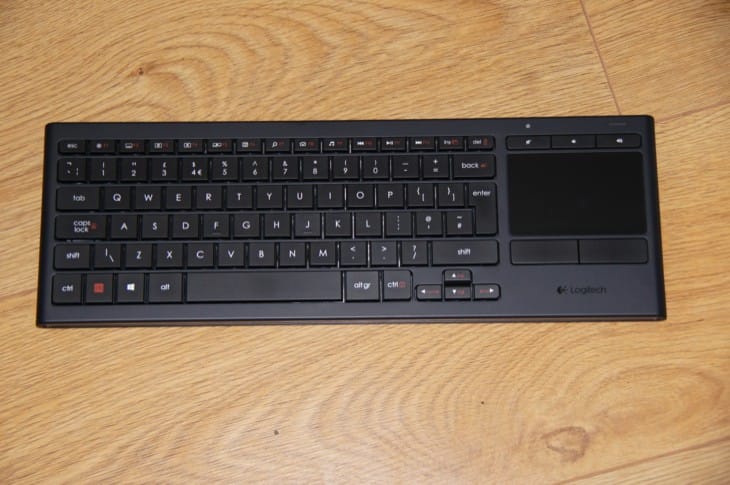 Before we even get to the functions, we do have one issue, it sits too flat. Having the keyboard flat is not an issue when you are using it to complement your Smart TV, but if you wish to use this with your Windows PC, then it becomes a bit of a problem. You would have thought Logitech would have included some feet that can be folded out when needed. 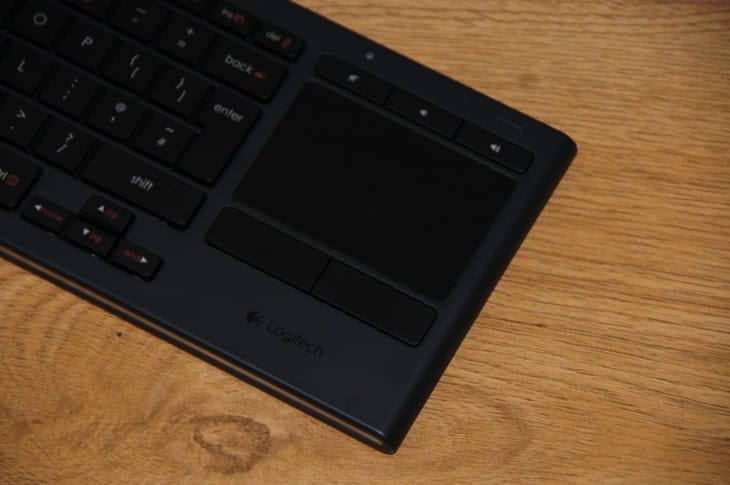 One thing you will notice right away is the built-in track pad, which comes in handy for many of the functions that you will use when connected to your TV and using an Xbox One or PS4, such as pinch and zoom. Volume buttons are located above the pad making them easily accessible. At the top of the keyboard are some very useful function keys, which allow you to change certain aspects of the keyboard and the device it is connected to. 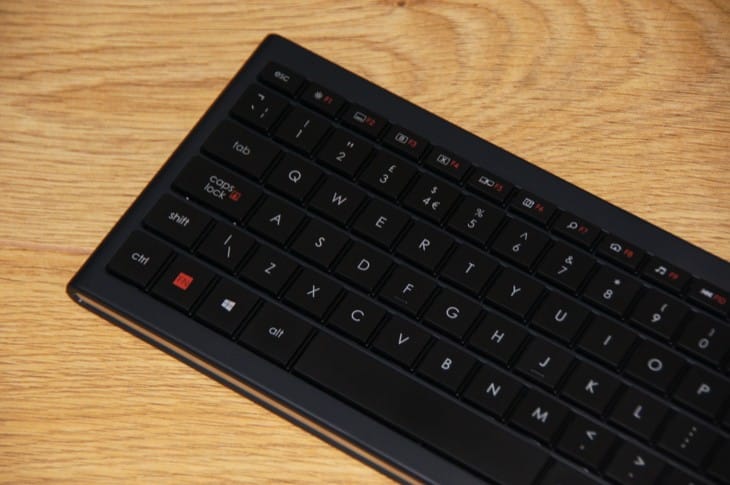 When you do get round to syncing the keyboard and using it with your desired device you will notice just how much of a godsend it is to have the built-in trackpad, as you are able to do many functions with the use of just one hand, although its lightweight construction helps with that to. 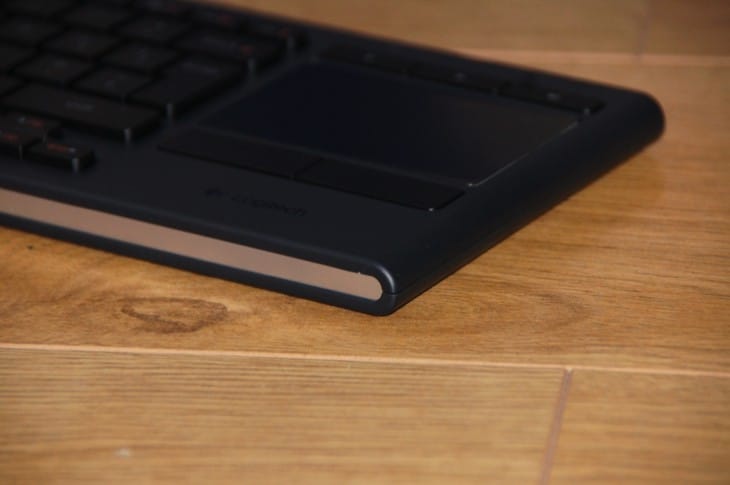 The Illuminated Living-Room Keyboard K830 from Logitech really is nice to use and we are rather upset to have to send it back because it has made our life so much easier. However, before Logitech considered what the next model in the range would be, they should take three things into consideration. 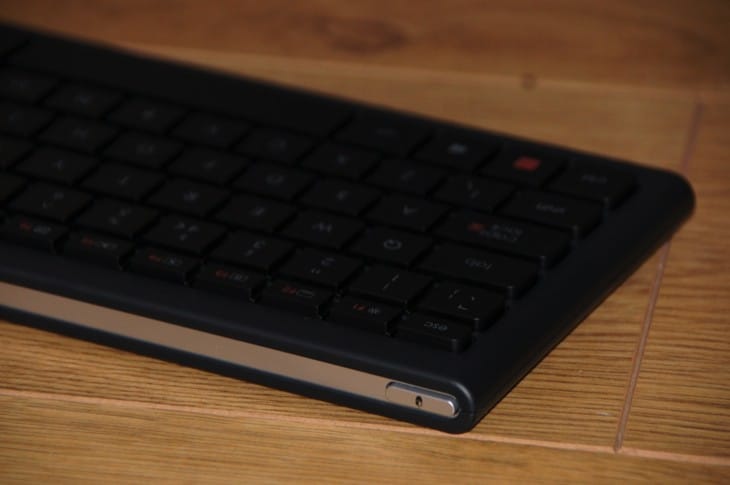 Missing features – Dedicated media buttons is a must in this day and age because it makes life so much easier for the user. Offering funky color choices would also be a great options because we know how people like choice, as black seems to be playing it a bit safe. However, one of the most important things that we would like to see added to the K830 successor is being waterproof. 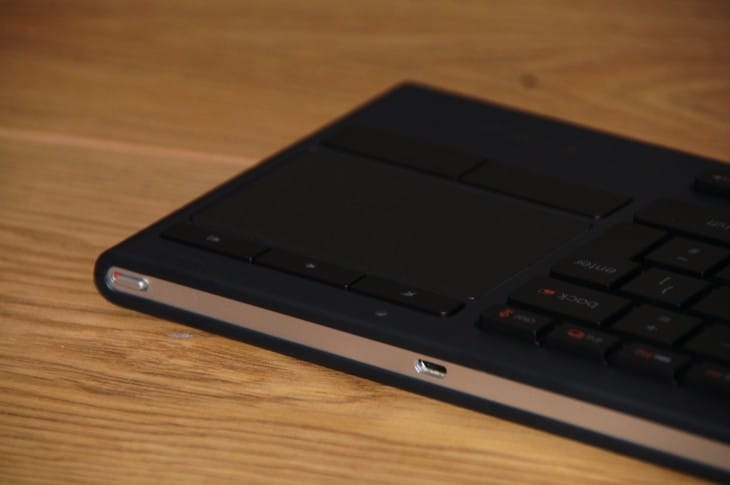 How many of you eat and drink while sitting at your sofa while using such media keyboards, and how many of you have accidently spilled something on your keyboard?