Logitech was one of the first companies to announce a new third-party keyboard for the iPad Pro, and is said to be the best keyboard the company has ever designed — although they would say that. Logitech has worked very closely with Apple to come up with the iPad Pro CREATE keyboard, and is the first of many accessories from them

The company has only teased a small image of the CREATE for iPad Pro at the moment, but we can already see it looks far better than the Smart Keyboard from Apple. Theirs just looks like the one Microsoft offers you for its Surface Pro device, although lacks any backlighting. 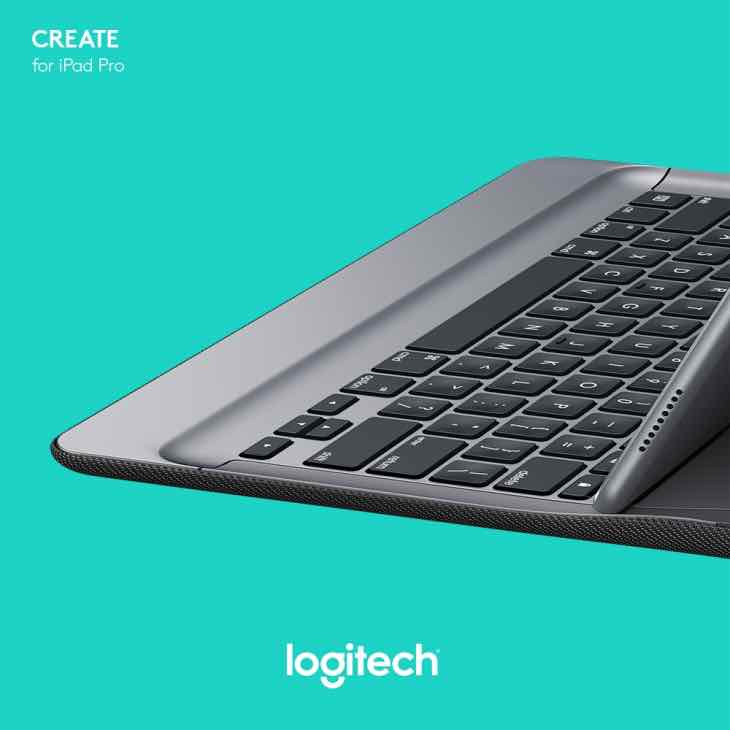 The Logitech CREATE keyboard does not need a charger of its own, as it will draw power from the Smart Connector on the iPad Pro once connected magnetically. The good news is, you will not have to pair these devices together, as they connect automatically once connected to the new port.

Not only will this keyboard help to improve productivity, but also added protection as well because it doubles as a iPad Pro case. As for its release date and price, we should expect to see it sometime in November and is set to cost $169 in the US. For more details head to logitech.com.