There have not been too many contenders when it comes to taking the crown from the Bugatti Veyron, as the fastest production car in the world. It’s been contested whether the Hennessey Venom GT actually achieved the feat or not, although Jalopnik would have us believe so.

However, there looks set to be a new king in town, which could be the LM2 Streamliner from the Lyons Motor Company, which like Hennessey is also based in the US. 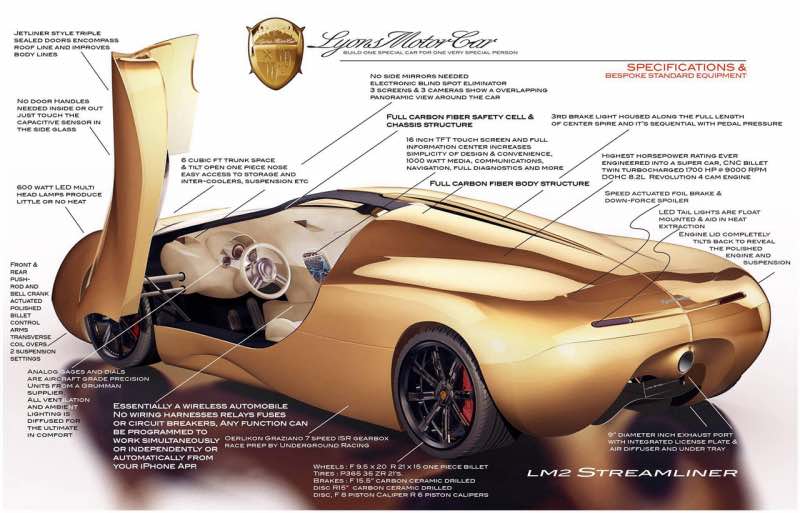 As for the LM2 Streamliner, the projected performance figures are the same 0 to 60mph time as the Super Sport, 0 to 100mph in just 4.1 seconds, and will reach 200 from standstill in just 11.1 second, or that’s the theory. Its top speed is said to be 290mph, although we will believe that when we see it.

You will be able to get up close and personal with this new supercar at next week’s New York Auto Show. However, this vehicle is still in the concept stage, and so might not even go into production.