You would have thought there would have been some sort of LM2 Streamliner update by now, especially as it has been so long since a concept model was meant to have been revealed at the New York Auto Show. We now wonder what the likelihood of a Frankfurt Auto Show launch would be?

The company behind this so-called Bugatti Veyron killer did show up at the New York Auto Show, but only as a foam model, which saw them get kicked out of the event — a first from what we believe. This led to many of us believing the LM2 Streamliner to be no more than just pipe dreams, and that it would never go into production. 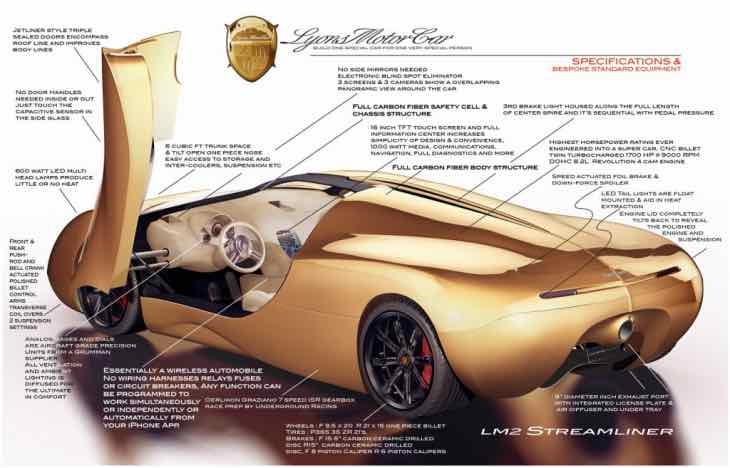 The company would have had another five months since the New York Auto Show to prepare the LM2 Streamliner for a reveal at the Frankfurt Auto Show, but let’s face it, the chances of this happening is slim.

We have already been told that the project has been given the backing of several million dollars by an investor, yet we find it strange that no new details have been added to the website for this supercar.

You would think that the Frankfurt Auto Show would be the place to release new LM2 Streamliner details, and offer a concept and not just a large piece of foam. This is because its main rivals are not really American made vehicles, but the best supercars that European carmakers have to offer. Let’s face it, when it comes to supercars, the Europeans have it pretty much covered, the Lamborghini, Ferrari and Bugatti a fine example of this.