Update: After the Lizard Squad Twitter account was down for a couple of hours, it’s now back in business. It’s not clear what happened, but it’s back up now with tweets flowing.

The Lizard Squad Twitter account has been taken down within the last hour and heading to the twitter.com/LizardSquad url only reveals an Account Suspended message. It is not clear if anyone in particular requested the profile to be taken offline, or if this was Twitter themselves, but the person behind this account reached almost 52,000 followers this week after taking PSN down along with outages like Twitch.

Followers even shared pictures of themselves with “Lizard Squad” on their forehead, which had been asked for by Lizard Squad to bring Twitch back online. Xbox Live might not have been taken fully offline, but Lizard Squad managed to cause problems with their online gaming and matchmaking. This seemed to reveal they had the talent to perform such tasks and they continually proved it. 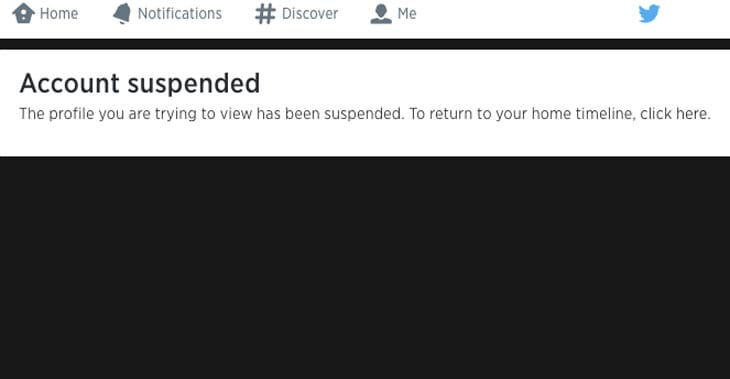 We’ll keep our readers updated on any official statements and if another profile is opened up by the person behind Lizard Squad. For now, let us know if you are happy or sad to see the Lizard Squad Twitter account removed and did you join in with requests for other online brands to be taken offline? We now wonder if Twitter might be taken down today in response to the profile being suspended.