The new Lizard Squad Twitter account found at twitter.com/lizardpatrol is the new home for this well known group taking down Xbox Live and PSN in the past week, but also rumors of taking Twitter down for an hour on December 10th in the UK, or 9th in US timezone PST.

There’s rumors circling that Lizard Squad took Twitter offline for millions of users and had their original Twitter account suspension lifted right after. You can find the original account @LizardSquad, which looked to be suspended since October.

Shorty after Twitter came backup with a roughly hour-long outage, the original Lizard Squad Twitter also came back after a suspension message for many weeks 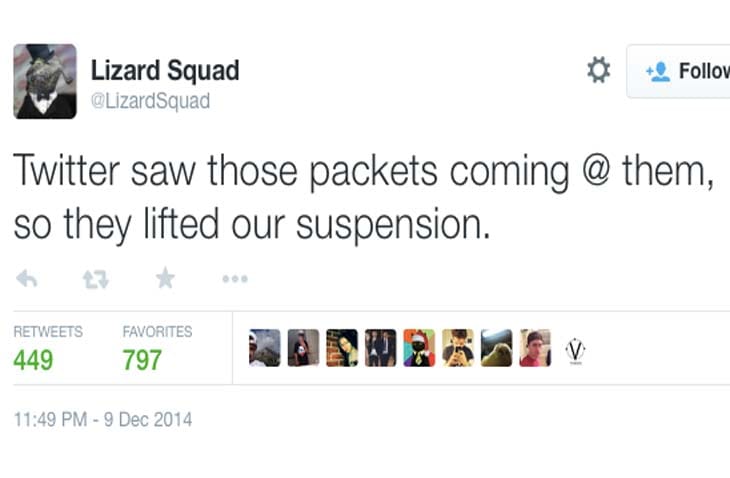 The first tweet published on the Lizard Squad account simply said, “Twitter saw those packets coming @ them”, and then it also commented on how “they lifted our suspension”. Make from this what you will, but seeing this account come back right after Twitter was not working for an hour seems a massive coincidence.

Did you see Twitter go down on December 9, 2014? Will you follow both of these Lizard Squad social accounts now?