There’s thousands of Lizard Squad followers on their Twitter account, so today they might find an account suspended message when they go to see some updates from this group that took down PSN, Xbox Live, Twitch, and popular games like Call of Duty and FIFA 15 UT online services thanks to targeting EA servers.

The Twitter page might return soon – We should note this isn’t the first time the Lizard Squad Twitter account has displayed an “account suspended” message. Previously, we noticed this in August and presumed Lizard Squad’s Twitter account had been taken down thanks to the attacks on gaming related servers, but this couldn’t have been the case once it quickly returned within a matter of hours. 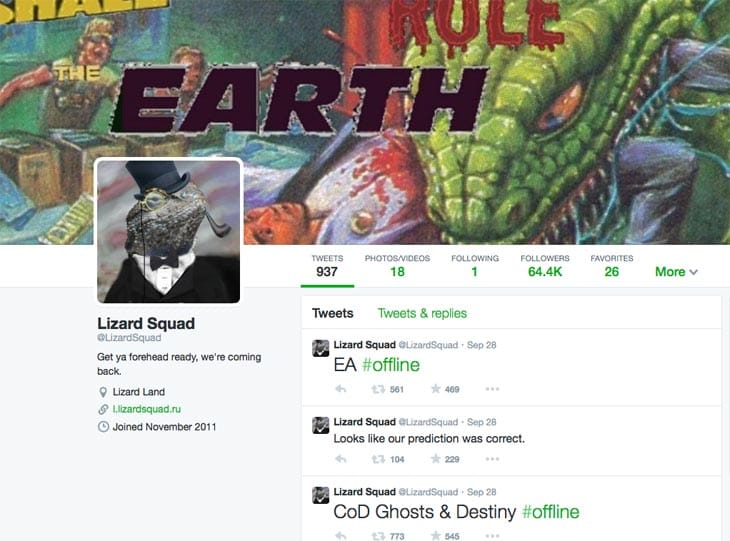 While the Lizard Squad account might be down, or just missing, for this time it stands a very good chance of returning this week like we saw at the end of August. We’ve reached out to Twitter for comment, but haven’t heard back at the time of writing.

Do you enjoy reading the tweets left by Lizard Squad on their Twitter page and if so, do you support their cause or have they taken it too far now? One thing is for sure, they have a strong passion about why they are doing this and while much of the world might not agree, they still plan to take down servers during popular game launches like with FUT online this past weekend.