We have seen Lizard Squad play games on Twitter in the past, so this is why it’s unclear if the latest tweet left moments ago is real or fake. The tweet can be seen below that was posted on the official Lizard Squad Twitter account, and states “Hacked by Anonymous”.

In the past, Lizard Squad’s previous Twitter account said their website was seized by the FBI but later they revealed this was a joke. With this in-mind, some of their 125,000 followers wonder if this latest tweet is real. 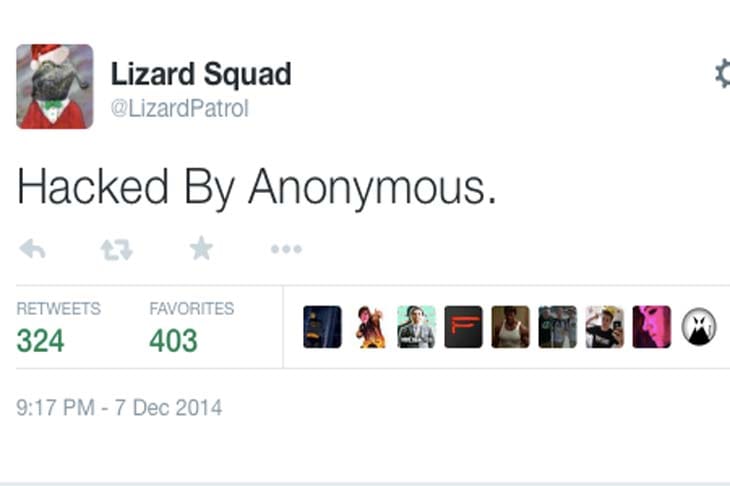 The group has gained the attention of the FBI and other government officials after an alleged bomb threat, taking down both PSN and Xbox Live, as well as other popular websites. There’s also massive coverage right now for Lizard Squad, especially after they took down Xbox Live this past weekend for quite some time.

Did you see the Lizard Squad tweet stating Hacked by Anonymous and if so, do you believe it’s a joke or a real hack by the famous hacking group?