It looks like News Corps’ recently released iPad-only app “The Daily” is about to have a bit of stiff competition on its hands, after Yahoo! announced its plans to launch its very own iPad application. The app is said to be called Livestand, and should be arriving sometime soon.

According to a recent article by Chris Oldroyd over at tipb.com, the Livestand app will provide users with news that is personalized to their location, interests and even their time of day. Yahoo! says they will entice advertisers with the app, by offering ads within its digital pages.

The Livestand application will provide users with a mix of news, finance, sports, Flickr and omg! Content. As Dan Hope over on the technewsdaily.com website recently reported, Yahoo! has described the app as a “digital newsstand” for both tablet PCs and smartphones. 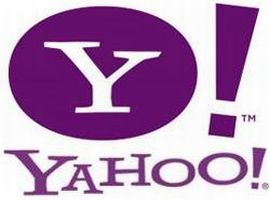 There will be a difference between The Daily app and Livestand, as it appears that Yahoo’s application will allow multiple publishers to display their content within its pages. Yahoo says that both advertisers and publishers will be able to tailor their content to suit each and every user.

Do you think that Yahoo’s Livestand app will be a rival to News Corps’ The Daily application?