With the recent announcement of Apple’s new iPad Air many people will be looking to purchase the latest accessories to accompany their device. Product-Review readers may be interested in the new Livescribe 3 Smart Pen as useful accompaniment to their device. The new Smart Pen will hit the market for around $149.95 and comes with a 50-page notebook and charging cable, or the slightly more expensive Pro Edition for $199.95 that includes a leather portfolio with a 100 page hardbound journal and a year’s subscription to Evernote Premium as well as the aforementioned vital cabals.

The Livescribe 3 Smart Pen is an electronic tool that allows the user (once the pen is paired with a device such as an iPad Air) to write notes in a Livescribe notebook, which will then be transferred onto an iPad via an app. This device is ideal for students as a study aid in taking lecture or seminar notes, people who work office jobs, or people who want an item to use to organise their everyday chores such as writing shopping lists. 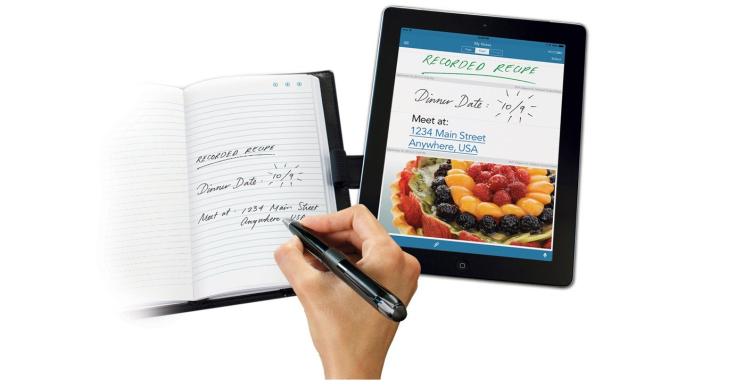 The Smart Pen is designed to mimic the traditional pen and not a gimmicky tech gadget. Thus, simplicity and minimalism is the order of the day on this device. Livescribe has chosen to remove the screen from the device and has also decided to remove the on/off switch. The device is now turned on by turning a raised middle ring, which allows the user to reveal the ballpoint nib. When the device is activated, a small LED on the clip lights up and flashes green when the device is pairing and blue when connected. The pen is said to have a 14 hour battery life which should be enough charge to carry out a day’s tasks.

Furthermore, the Livescribe 3 Smart Pen like its predecessors runs in conjunction with a specially made Livescribe paper. The paper contains a multitude of small dot patterning that recognises the lines on the page. This is then transferable via an app to the iPad device with brilliant effect. 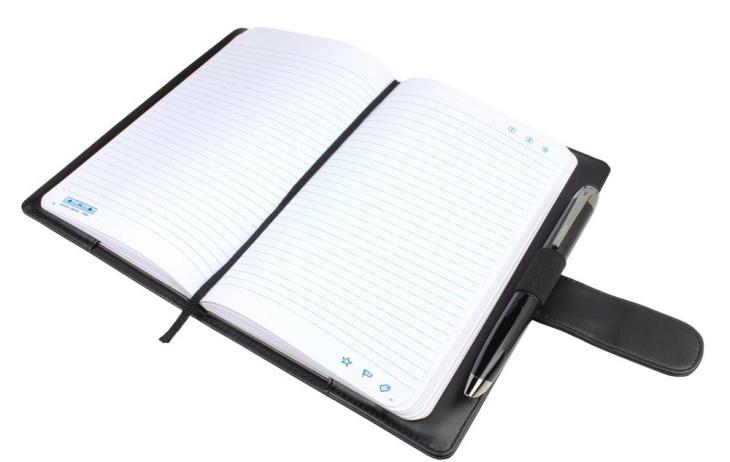 The real brain of this device lies in the Livescribe+ app. The app allows the user to manage their notes in a variety of ways. The transcription technology of the app gives the user the capability by Vision Objects called MyScript to transform handwritten notes into legible and searchable text. The app also facilitates the use of multiple Livescribe notebooks and knows which book you are using automatically. The notes can also be converted into PDF format that is preferably for tasks like revision in an academic setting or allows the user to create an itinerary that can be shared between work friends.

So what do you think of the Livescribe 3 Smart Pen? Will you be purchasing one as a companion item to the iPad Air device? Or do you feel the Livescribe 3 Smart Pen is a worse solution to other options on the market today? Is it a problem that you can not write directly on the screen of an iPad and you need the special paper for the product to function? Check out our previous articles on iPad accessories here.