We knew that Sadio Mane was going to become an amazing player in the Premier League and now EA are starting to finally realise it too. Many were frustrated that the Liverpool FC star had a poor rating for FIFA 17, but now we can see that the developer has given Sadio Mane a massive upgrade as part of a new event.

That event is TOTW 6, with a Sadio Mane 82 in-form card now available for a limited time. His previous rating was a 79 so you can see that he’s had a big jump up to an 82 which is great to see.

Check out his new upgraded stats across all categories below, courtesy of FUTHead. He’s had major improvements to Pace, Shooting, Dribbling and Passing which is all of the areas he needs to shine. 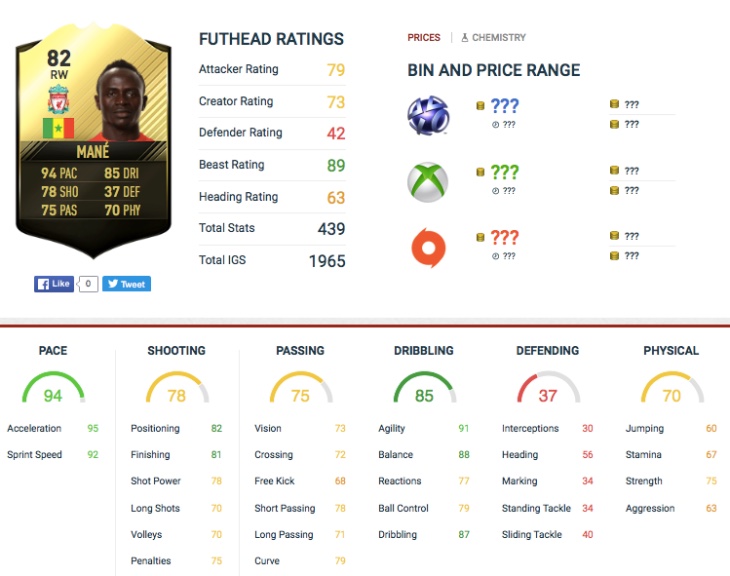 For those that invested in the Sadio Mane One to Watch card, you should now be reaping the benefits as the card will be worth a lot more coins on the transfer market since he’s now started to get new in-form cards which will automatically upgrade the One to Watch card.

Are you happy to finally see an upgrade for Sadio Mane? We have a feeling that Mane will also be first on the list for FIFA 17 Winter Upgrades as well – who else would make the list from Liverpool FC?