Many FIFA 16 players will be wondering why Brad Smith is not on FIFA 16 in Liverpool FC’s squad. The young Australian has been hitting the headlines recently and we feel that EA needs to realise that he is now becoming a first team player.

Brad Smith is on the FIFA 15 database and we are assuming that EA didn’t have time to put Brad Smith into FIFA 16 at launch since he almost left the club, before signing a new contract after Jurgen Klopp arrived.

There is no excuses now however and with the highly anticipated January transfers coming up, fans should make their voices heard now if they want EA to act. 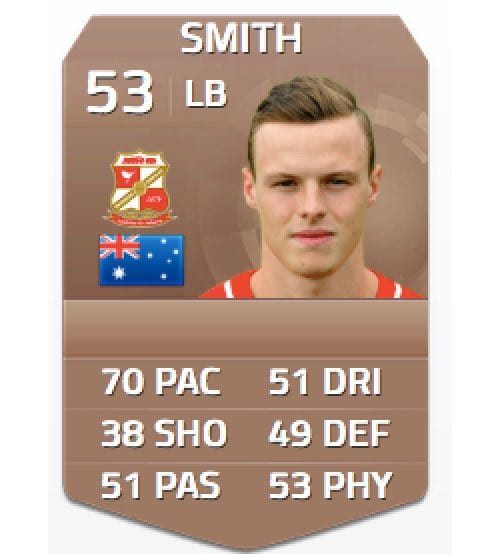 If enough demand it, EA can simply re-add Brad Smith to Liverpool’s squad on FIFA 16 and he could be a nice silver card perfect for silver tournaments.

His strongest stats should be Pace, as well as Crossing ability which has been very good so far for the games he has played.

Do you agree that Brad Smith should be on FIFA 16? Let us know what other FIFA 16 transfer updates for January you want to see for players that are not in the game currently.