With just a couple of days until the World Cup 2014 kicks off, fans of the sport will be looking at the best ways in which they can gain access to live scores and results. There are many ways in which you can access such information, but we believe the best is to use an app, and there are a huge bunch or World Cup 2014 apps for Android and iOS, but here are some of the best.

The first has to be the official FIFA for iPad and iPhone app, which we touched on the other day. By downloading this app you will be able to unlock coverage of the biggest sporting event in the world. The version for Android looks a little different and doesn’t have as many user reviews as we would have assumed, although those numbers may increase before Thursday, which is the day of the World Cup 2014 opening ceremony.

Brazil – World Football Finals Premium app costs just £0.69 and is said to be the most popular football app on the app store, but then again the developer would say that. Even though it isn’t as extensive as the official FIFA app above, this one still offers live World Cup 2014 Brazil results, as well as the groups, lineups, goals, match stats and so much more. 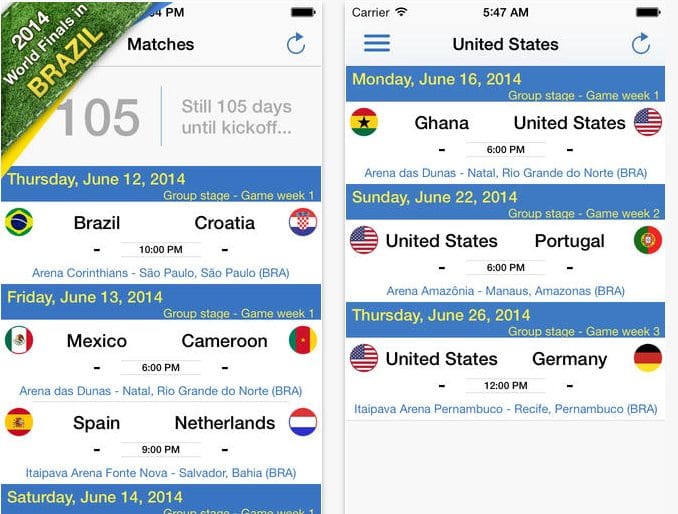 BBC Sport is an app that many sports fans use worldwide because you know it is from an organization they trust. Again, we have already discussed this app and how you will get to view live coverage of all 31 matches during this great sporting event. 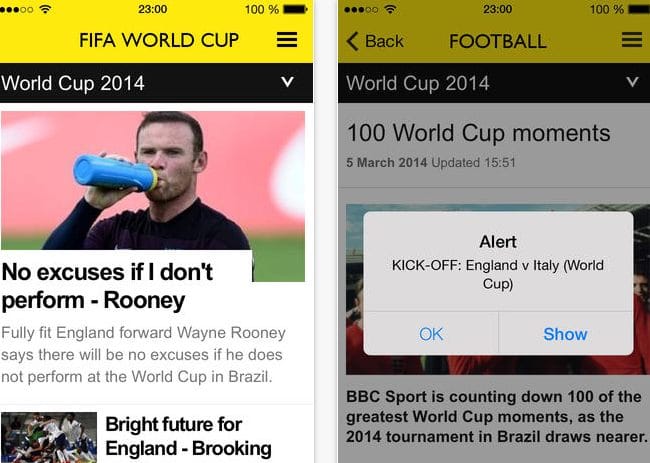 Sky Sports app is very similar to the BBC Sport app, although the former does go far more into detail, and so has much more to offer in terms of World Cup 2014 results and match analysis.

These are just a handful of the apps that we know football/soccer fans will use during the 2014 FIFA World Cup Brazil, but how will you be getting your information?