While looking over a few reviews for LittleBigPlanet 2, it looks as though most are in agreeance, that it will be better than it’s predecessor. The game is a very important one for Sony, as it is the first major title in 2011 for the PS3, which we discussed in a recent article. So has LBP 2 lost any of its charm and fun factor?

1UP.com believes that the second outing for the franchise is a harder game to master, but they add, “The rewards are greater.” The review also goes on to explain that all the tools are there; it’s down to the user to use them all. 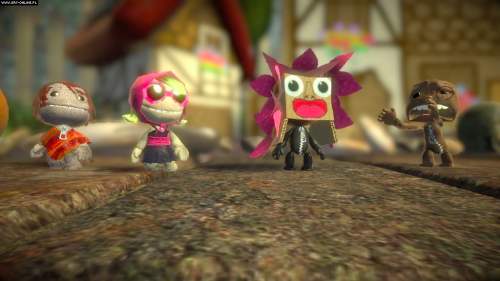 IGN also seems to be fans of LittleBigPlanet 2; they make no secret of the fact that they are fans, saying that the game is “Awesome.” IGN believes that the changes that have been made will make platform games the better for it. However, they are always objective and do point to a few small issues with the new game. The biggest issue seems to be with the story, as some will have trouble engaging with it.

GameSpot has given Sackboy’s sequel a 9.0 out of 10, and makes a bold statement when saying that it is a “giant leap forward for LittleBigPlanet.” However, they too point out some of the bad points as well, such as poor tutorials and confusing cooperative play.

I can say that I have never been a fan of the game, my cousin who is only a couple of years my junior loves the game — all down to personal taste and not age then I guess?

What expectations do you have for LittleBigPlanet 2?