PlayStation 3 owners may have had to wait a little longer than expected for the upcoming release of the much-anticipated LittleBigPlanet 2 game, but the wait is almost over. If you haven’t actually pre-ordered a copy of the game yet, then you may like to know about the pre-order bonuses available.

As recently reported by George over at conflictinggamers.com, if you pre-order the Standard Edition of LittleBigPlanet 2 from the Amazon.com website ($57.99), you gain access to the Amazon exclusive “Ratchet & Clank” Sackboy outfits and the “Even More Animals” costumes. 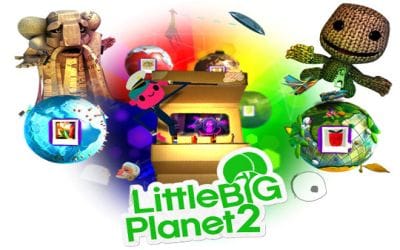 If you pre-order the game from GameStop, you receive a PlayStation Network voucher for the exclusive “Clu” Sackboy costume from Disney’s TRON: Legacy movie, and the “Even More Animals” costumes. You can also pre-order the Standard or Collector’s Editions from Walmart.com.

By pre-ordering the LittleBigPlanet 2 game from walmart.com, gamers will receive a PSN voucher for the exclusive “The Great Gonzo” Sackboy costume from The Muppets TV show. The Walmart pre-order bonus will also include the “Even More Animals” costumes.

Newegg.com may not be offering any bonus for pre-ordering the LittleBigPlanet 2 title, but it does appear to have the best deal at $56.96 for the Standard Edition. Have you pre-ordered your copy yet? If not, which retailer will you be pre-ordering the game from?

If you haven’t already had a chance to see the game in action, you may want to download the recently released demo.